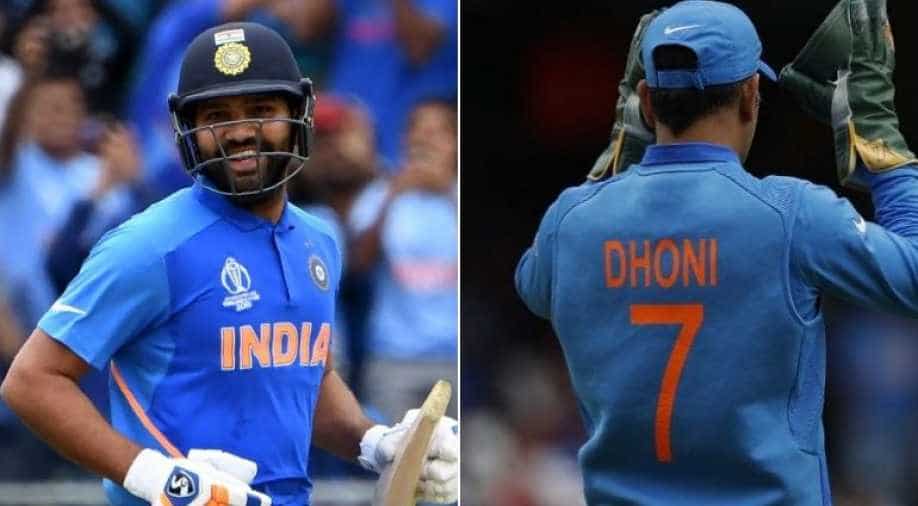 On being asked about Dhoni's birthday plans, Rohit gave a hilarious reply

Rohit was addressing the media after India's seven-wicket win over Sri Lanka in their final league stage match of Cricket World Cup 2019 on Saturday in Leeds.

On being asked about Dhoni's birthday plans, Rohit gave a hilarious reply, he said, "What do you tell someone on their birthday? Happy birthday only right?"

"We have our travel day tomorrow and we don't know we are going to Manchester or Birmingham. Accordingly, we will cut the cake during the bus drive. We will send you the photos," Rohit added.

Is there anyone as candid and funny as @ImRo45? Here's what he had to say when asked about a message for Birthday Boy @msdhoni 😄😁 #TeamIndia #CWC19 #SLvIND pic.twitter.com/aCD23hgKts

In the match, Rohit smashed a stunning century and became the first player to hit five centuries in a single World Cup.

He is only the fourth batsman after Sachin Tendulkar, Matthew Hayden and Shakib Al Hasan to score more than 600 runs at a single World Cup.

India have entered the semi-finals and will lock horns with New Zealand on July 9 for a place in final of Cricket World Cup 2019.