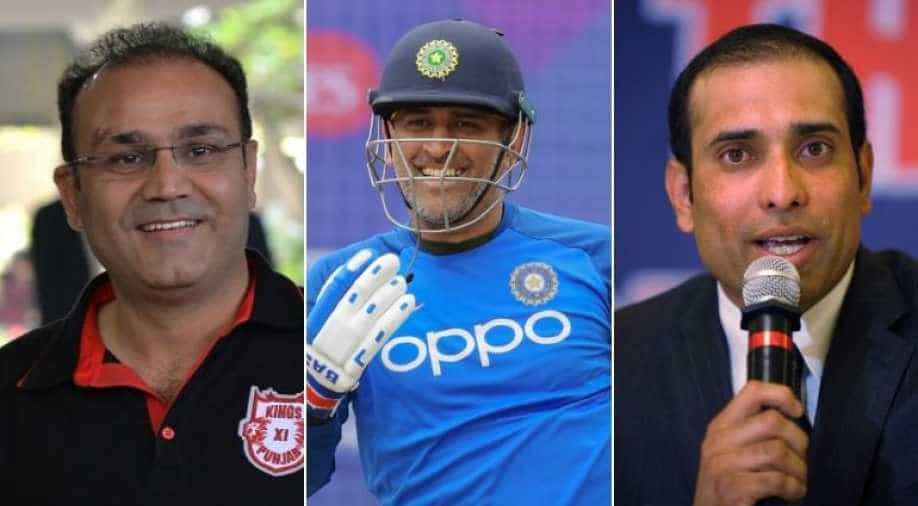 Dhoni's wife Sakshi shared a picture of Dhoni with herself and their daughter Ziva with a caption, 'Happy Bday'

Indian wicket-keeper and former captain Mahendra Singh Dhoni has 38 today and wishes started pouring in from his family, friends and fans from across the world.

Dhoni's wife Sakshi shared a picture of Dhoni with herself and their daughter Ziva with a caption, "Happy Bday".

Sehwag called Dhoni a wonder in the cricketing world and posted a unique message while Laxman wished him luck, love and success.

In pics: A look back at seven match-winning knocks by Mahendra Singh Dhoni

"7 continents in the World, 7 days in a week, 7 colours in a rainbow, 7 basic musical notes7 chakras in a human being, 7 pheras in marriage, 7 wonders of the world, the 7th day of the 7th month- Birthday of a wonder of the cricketing world # HappyBirthdayDhoni. May God Bless You," Sehwag tweeted.

7 th day of 7th month- Birthday of a wonder of the cricketing world #HappyBirthdayDhoni . May God Bless You! pic.twitter.com/3Xq8ZUWx8p

"Happy birthday Mahi bhai.Thanks for always being there as a mentor as a brother as a friend. Have more success in life always @mahi7781," Indian wicket-keeper batsman Rishabh Pant wrote on Instagram.

First played together in Bangladesh in 2004 & shortly saw him announce his arrival against Pak at Vizag when he scored 148, hasn’t looked back since and the legend of MS Dhoni has only grown by the year. Wishing a once in a lifetime player and captain , #HappyBirthdayDhoni pic.twitter.com/nlPGj1Xord

Happy birthday @msdhoni (mahibhai) ❤️ words are not enough to express my love for u 🤗 wish u all the success and happiness and health in life 🤗 God bless u always ❤️ pic.twitter.com/54g9Ac4FRH

Dhoni has led India to the number one ranking in both Test and ODI formats and also won all major cricketing accolades that one can achieve during their playing stint.

He is the only international captain to have won ICC 50-over World Cup, T20 World Cup and Champions Trophy.