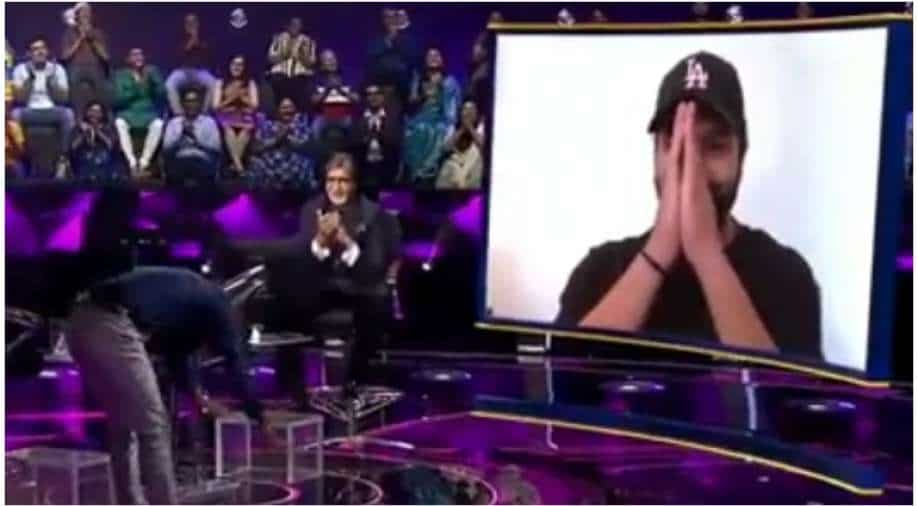 Rohit Sharma made a virtual appearance on the sets of KBC after host Amitabh Bachchan arranged a video call with the Mumbai Indians (MI) skipper for a die-hard contest on the hotseat.

The Kaun Banega Crorepati (KBC)'s ongoing season has been a huge hit already. Several stars have graced their presence on the show. Many sporting personalities have also appeared on the Amitabh Bachchan-hosted show, such as former Indian captain and BCCI chief Sourav Ganguly, Virender Sehwag, Neeraj Chopra, PR Sreejesh, etc.

Recently, Mumbai Indians (MI) skipper and Team India opener Rohit Sharma also made a virtual appearance on the show after Big B arranged a video call with the MI captain for a die-hard contestant on the hotseat. The contestant, named Pranshu made it to the hotseat recently and proclaimed his love for the star Indian batsman. When Big B asked Pranshu to choose between his girlfriend and Rohit, the contestant termed the question to be more difficult and tricky than what he thought an 70-million question would be.

Seeing Pranshu's craze and admiration for Rohit, Big B couldn't resist and setup a video call with Hitman; leaving Pranshu emotional and speechless. Here's the chat between Rohit and Pranshu:

When Pranshu was at a loss of words seeing Rohit on screen and Big B asked him to interact with the Indian cricketer, Pranshu won Rohit's heart by saying, "Who talks to God?"

Rohit gifted his signed MI gloves to him man!! This is so amazing pls pic.twitter.com/6XwuUnNOvh

For the unversed, Pranshu went onto win 5 million in the show. In addition, Rohit gave him his signed MI gloves; making the KBC appearance a memorable affair for the contestant.

Talking about Rohit-led MI, the defending champions have lost both their games in the second and final leg of IPL 2021, being held in the UAE.