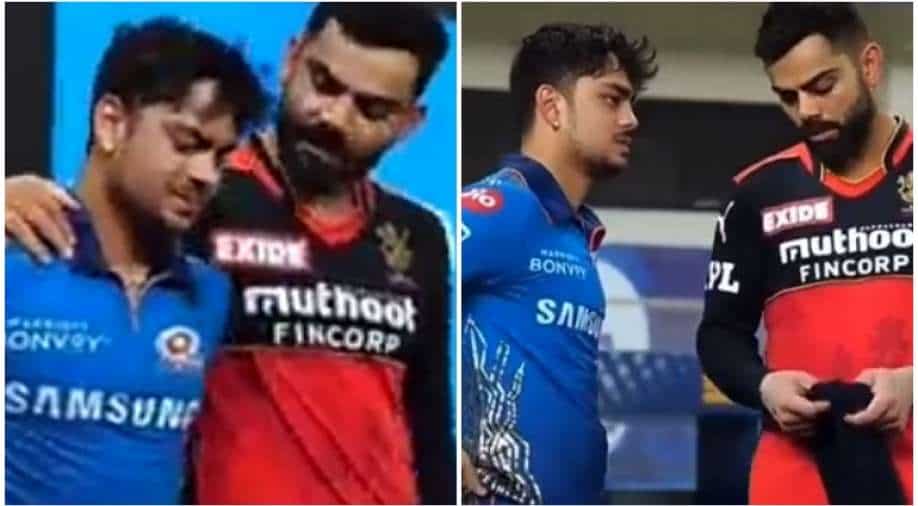 Match 39 of the IPL 2021 edition saw two heavyweights lock horns with each other as Virat Kohli-led Royal Challengers Bangalore (RCB) was up against defending champions and five-time winners Rohit Sharma's Mumbai Indians (MI), at the Dubai International Cricket Stadium, Dubai.

Opting to bowl first, MI removed RCB opener Devdutt Padikkal for cheap but Kohli's aggressive start took Bengaluru off to a flier. Kohli (51), Srikar Bharat (32) and Glenn Maxwell's fireworks (37-ball 56) propelled RCB to a competitive score of 165-6. In reply, MI were on course for a win with a 57-run opening stand between Rohit and Quinton de Kock.

However, things went downhill for the MI franchise as they collapsed from 79-1 to 97-5 before being bundled out for a paltry 111 in 18.1 overs to lose by 54 runs. For the unversed, none of the MI batters -- barring the openers -- crossed the double-digit mark as the five-time winners lost their third game in a row in the UAE leg. Post the match, a heartbroken Ishan Kishan was consoled by RCB captain Kohli. Here's the video where the Indian captain tried lifting up the youngster's spirits -

Both Ishan and the MI franchise will be eager to get back to winning ways as they are languishing at the seventh position at present.