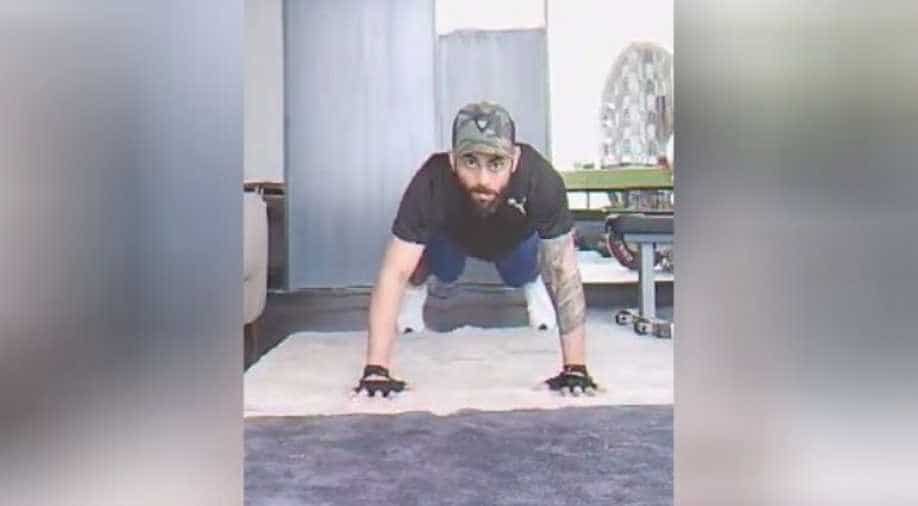 He wrote: "Hey H @hardikpandya7 loved your fly push-ups. Here's adding a little clap to it."

Indian skipper Virat Kohli is known for his tough fitness regime. He maintained his workout schedule during coronavirus lockdown that has brought the sporting world to a screeching halt.

Stronger. Fitter. Still under construction 💪 @krunalpandya_official, I challenge you bhai! Let’s see how many you can do 😏 #PandyaBrothers

Virat, who has posted several photos and videos of his workout at home, took to Instagram Thursday and posted a video. In this video, Kohli was seen doing 'fly pushups' with a little twist in it, he added claps to his pushups to make the workout tough.

He wrote: "Hey H @hardikpandya7 loved your fly push-ups. Here's adding a little clap to it."

Earlier, Indian skipper Virat Kohli was seen walking like a dinosaur in his house after his wife and Bollywood superstar Anushka Sharma shared a video on Twitter, which went viral in no time.

Twitterati went on a laughing riot after witnessing Kohli in a new, hilarious avatar and came up with some rib-tickling memes on the Indian skipper. While thousands of likes and retweets followed, fans made sure they immortalize the moments by taking Kohli for a ride to the world of memes.