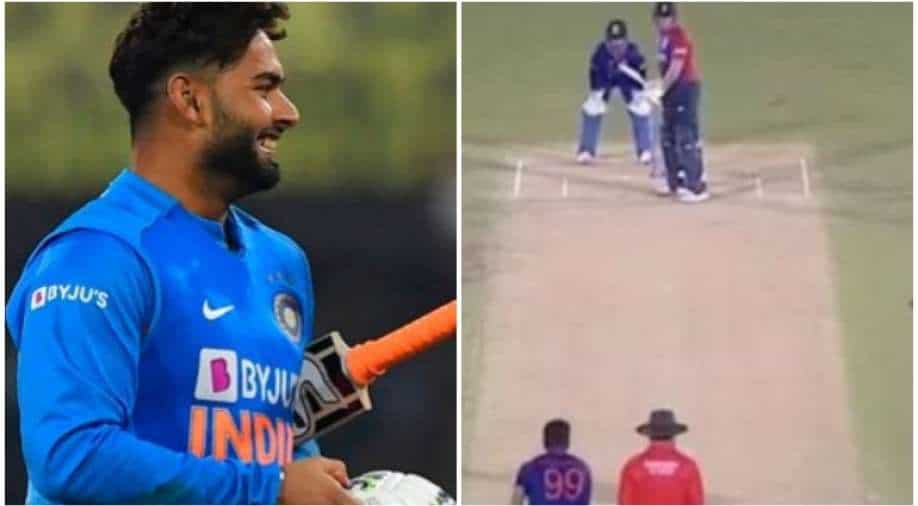 There's never a dull moment when Rishabh Pant is standing behind the stumps, whether for Team India or the Delhi Capitals (DC) in the IPL. After taking DC to the playoffs in IPL 2021, the swashbuckling left-hander resumed his services as a wicketkeeper-batsman for Virat Kohli-led India in their first warm-up encounter, versus England, in the T20 World Cup 2021 in the UAE, on Monday evening (October 18).

As expected, Pant left everyone in splits with his commentary from behind the stumps. When R Ashwin came onto bowl the 11th over of England's innings, after India opted to bowl first at ICC Academy Ground, Dubai, Pant hilariously asked the wily off-spinner to resort to leg-spin.

Talking about the match, India ticked many boxes in the warm-up encounter with Jasprit Bumrah and Mohammed Shami being the chief wicket-takers whereas Ashwin returned with an economical spell, 4-0-23-0. England, however, posted a competitive 188-5 riding on Moeen Ali, Jonny Bairstow and Liam Livingstone's entertaining cameos before Ishan Kishans 46-ball 70 (retired hurt) and KL Rahul's 24-ball 51 propelled the Men in Blue to an easy 7-wicket win, with an over to spare. Pant, on the other hand, also stood tall with a match-finishing 14-ball 29*.

India will take on Australia in the second warm-up encounter before facing Pakistan in their tournament-opener, on October 24 at the Dubai International Cricket Stadium, Dubai during the main draw of the marquee event.