WATCH: Fan shows middle finger to Rafael Nadal; gets thrown out by security 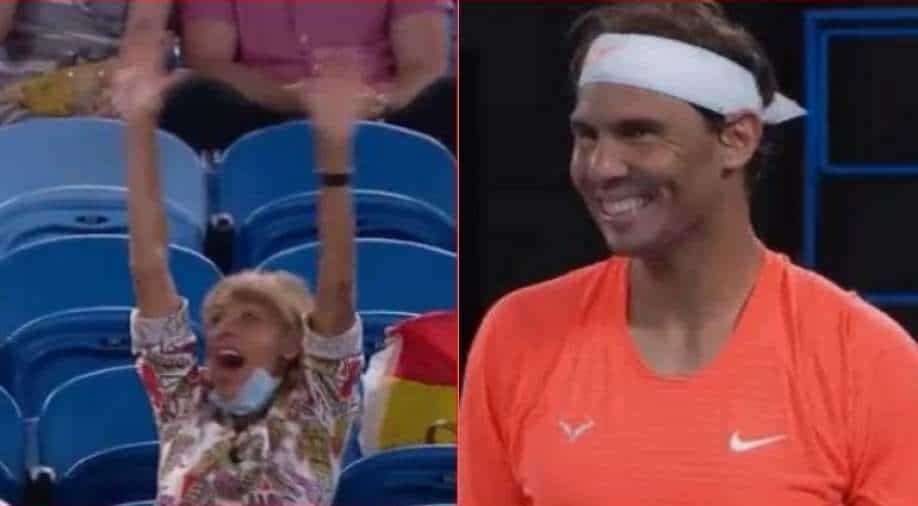 World number 2 went on to serve a couple of more aces to seal the second set against American Mmoh in Round 2 of the Australian Open.

An unusual incident took place at the Rod Laver Arena during Rafael Nadal's match on Thursday. The Spaniard was playing against Michael Mmoh in the evening when a fan interrupted Nadal's serve and showed him a middle finger.

Nadal was already up by one set, which he won 6-1 and had almost won the second (5-4) when a woman started making noise to get the Spaniard's attention and when she got his attention, she showed a middle finger to him. Nadal seemed shocked as he laughed lightly and asked "What? Me?"

A fan just gave Rafa the finger. Look at his reaction: “what, me? “ 😂 pic.twitter.com/fY3npCNTrn

The crowd booed the lady and the very next moment Nadal served an ace. But, the woman did not stop there, she kept on interrupting the play by uttering something until the security showed up and asked her to leave.

Nadal laughing it off as the lady gets ejected. pic.twitter.com/qlRzRm14Vq

Nadal continued the play as the security was escorting the woman out. World number 2 went on to serve a couple of more aces to seal the second set against American Mmoh in Round 2 of the Australian Open.

After the match in the on-court interview, he was laughingly asked if knew the lady. Nadal responded to that with, "No and honestly, I don't want to know (laughed)."