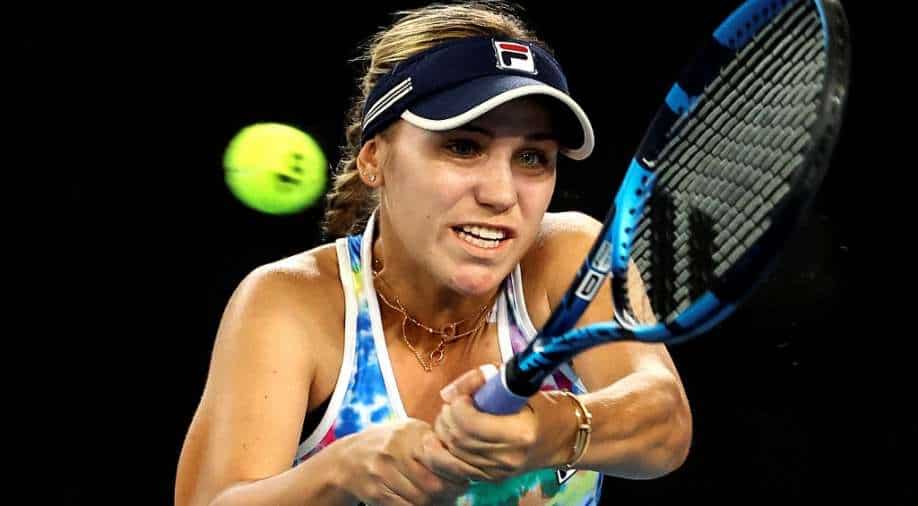 "I had chances. I just couldn't take it. I obviously know why because the nerves big-time got to me."

A tearful Sofia Kenin admitted the pressure of defending a Grand Slam title for the first time had proved too great after she tumbled out of the Australian Open in the second round on Thursday.

The 22-year-old American looked a shadow of the player that won her first major title at Melbourne Park and reached the French Open final last season as she succumbed 6-3 6-2 to Estonian veteran Kaia Kanepi on Margaret Court Arena.

Ashen-faced, with her eyes already blotchy before she sat down for her post-match media conference, Kenin struggled to hold back the tears as she explained what had happened out on court.

"My head wasn't there," she said. "Obviously I'm not going to take any credit away from her. She played really well at those good points.

"I had chances. I just couldn't take it. I obviously know why because the nerves big-time got to me."

The tears returned again when she was asked about the pressure of defending the title, adding that she knew retaining the trophy would be a tall order given her mental state.

"I'm not there 100% physically, mentally, my game. Everything just feels really off obviously. It's not good," she added.

"It's weird. I've been practising for two weeks. Luckily I've been able to practice. I felt fine in practice. Just couldn't do that in the game."

Russian-born Kenin said she had not decided where she would play next but admitted she had a lot of thinking to do about how to arrest the slump in her form.

"I know I couldn't really handle the pressure," she said.

"I'm not obviously used to this, so right now I just got to figure out how to play at that level that I played at. Because like today and those matches, it just hasn't been there."

The exit of the fourth seed, even at the hands of a player who last week was ranked 94th in the world, was not the surprise it might have been given that Kenin had been talking about struggling with her nerves since finishing quarantine.

"The Australia trip, that was something that I had my eye on," she said.