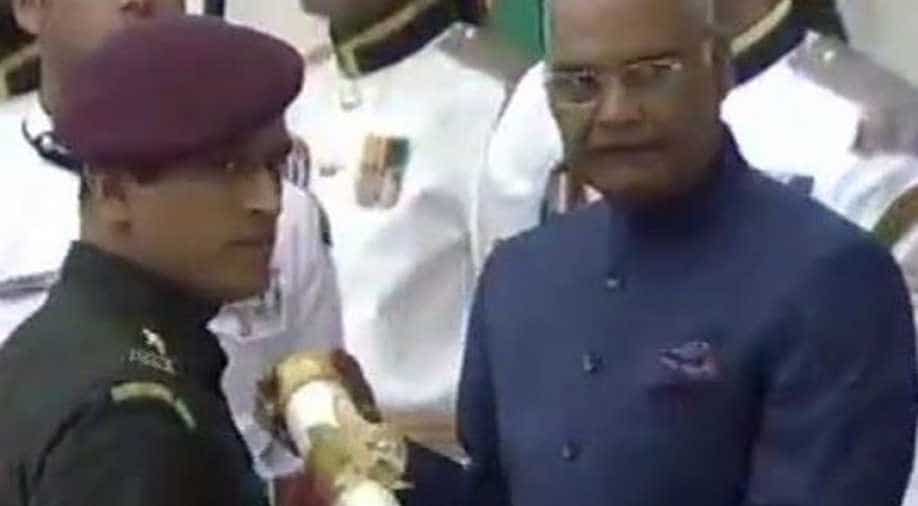 Dhoni attended the award ceremony in his Lieutenant Colonel uniform which was conferred upon him in 2011.

He walked like an army man to collect his award from the President.

The award has been honoured to Dhoni exactly seven years after he lifted the World Cup for Indian Cricket team in 2011.

After Kapil Dev, Dhoni is the only Indian cricketer to receive this award.