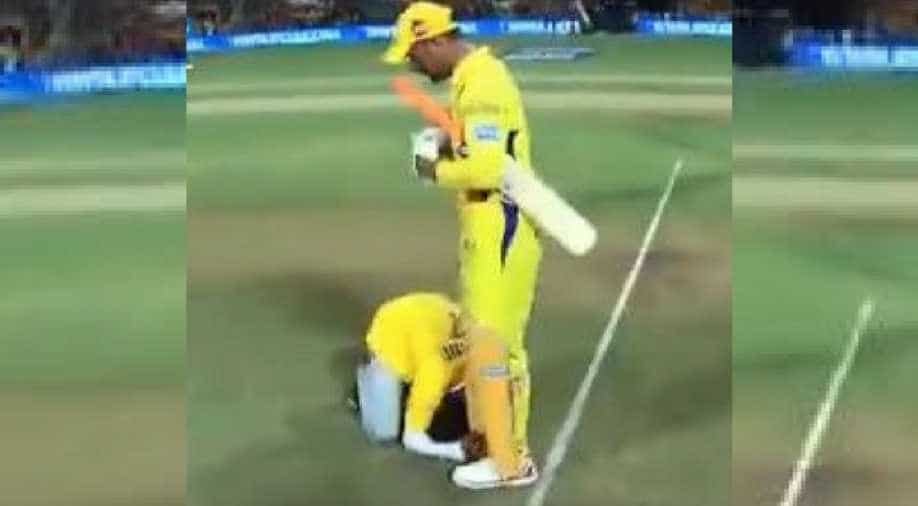 Mahendra Singh Dhoni played a magnificent 31-run knock off 23 balls with the help of massive hittings that helped the team to reach the set target of 128 runs against Bangalore on Saturday, April 4.

36-year old MS Dhoni has inspired thousands of youngsters to take up cricket as their profession and even on the field, Mahi has been guiding the newcomers to improve their skills.

One of the most popular cricketing icons and former captain of men's cricket team, MS Dhoni is known for his humble and cool attitude. He earned many trophies for India including ICC World Cup.

His fans and followers never fail to show their love and affection, recently an incident happened that will prove that fans' love for MSD is unconditional.

In the match against Kolkata, a fan violated the security parameters to meet MS Dhoni in the Chennai's dugout.

ROHIT is just a word. But DHONI is emotion....... pic.twitter.com/iva5sFlCbb

Again the incident was repeated when MS Dhoni was shaking hands with the opponent team after hitting the winning runs. When he was congratulating the other team members, a fan came running to meet MSD and touched his feet.

As @ChennaiIPL climb to the top of the #VIVOIPL points table, yet another fan rushes to meet his idol @msdhoni. #CSKvRCB #VIVOIPL pic.twitter.com/p14RVjGFs9