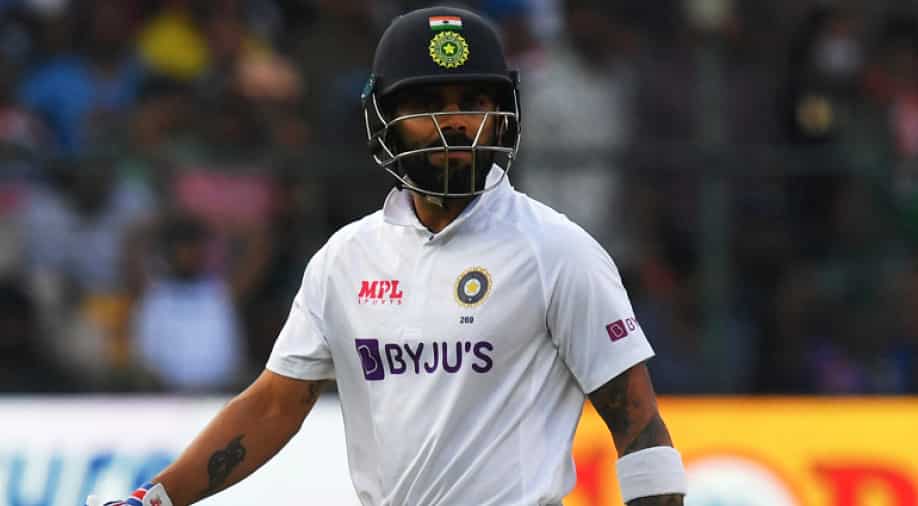 Former India skipper Virat Kohli's average has slipped below fifty for the first time in Test cricket after he was dismissed cheaply once again in India's second innings of the pink-ball Test against Sri Lanka.

Virat Kohli's average in Test cricket dropped below fifty for the first time in five years after he was dismissed cheaply once again in the ongoing pink-ball Test against Sri Lanka at the M Chinnaswamy Stadium in Bengaluru. Kohli was dismissed on 13 off 16 balls by left-arm spinner Praveen Jayawickrama on Day 2 of the second Test between the two sides.

It was once again a delivery that kept low which got the better of Kohli as the Bengaluru crowd went silent after the batting maestro's dismissal. While the wait for his 71st international century got extended yet again, Kohli's poor show meant he is no more the only batter in the world to average over fifty across all three formats of the game.

On a pitch that has uneven bounce and has assisted the bowlers, Kohli made a cautious start in India's second innings on Sunday. However, a lowly delivery from Jayawickrama sent him back. Kohli scored 23 and 13 in the two innings respectively as his average in the longest format dropped to 49.95.

The former India skipper needed at least 43 runs across two innings in the second Test to ensure his average remained above 50. However, he failed to do so much to the disappointment of the crowd in Bengaluru. Kohli at present has 8043 runs in 101 Tests at an average of 49.95 for India.

Kohli has been enduring a lean patch in Test cricket over the last couple of years. He has averaged only 28.03 in 17 Test matches from the start of 2020. His last hundred in the longest format came against Bangladesh in the pink-ball Test in Kolkata in November 2019.

Despite Kohli's underwhelming show with the bat, India are in a strong position in the Test match as they rode on half-centuries from Rishabh Pant and Shreyas Iyer to post 303/9 (declared) on the board. India have handed Sri Lanka a target of 447 runs and are favourites to win the game.