'West Indies will come hard at us,' says Kohli ahead of second Test 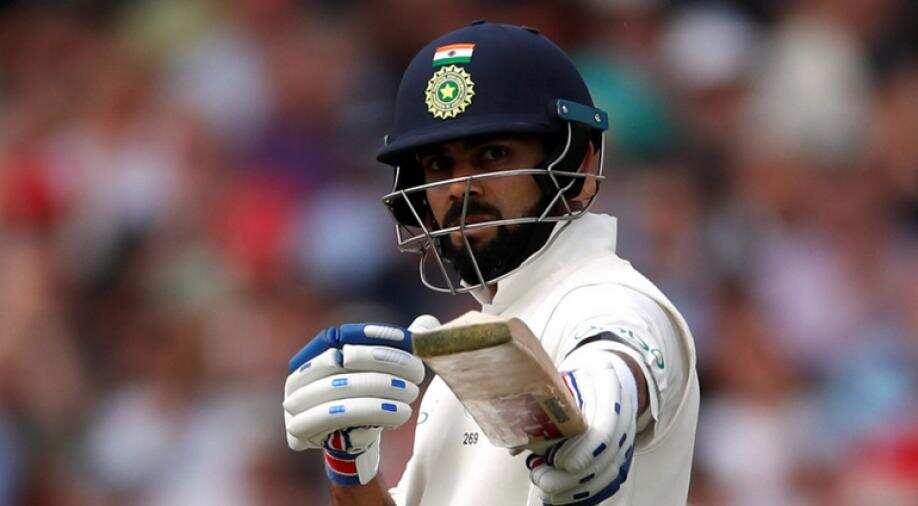 Ahead of the second Test match, Indian skipper Virat Kohli on Thursday said his men will not get complacent when they take on Windies in  Hyderabad, tomorrow. city.

India beat Jason Holder's side inside three days to record their biggest victory - by an innings and 272 runs.

"West Indies will come hard at us and we just simply have to be at the top of our game," Kohli said after the team's practice session.

When asked to comment on the performance and expectations from Prithvi Shaw, Kohli asked everyone to give some space to the young batting sensation.

"I don't think he should be rushed into anything yet because you need to give a youngster a space to grow, in his own abilities. This guy is supremely talented and he has got great ability as everyone saw."

"We definitely think he (Shaw) has it in him to play at the highest level and he can repeat what he did in the first game. He is a very keen learner, a sharp guy. He understands situations well. We are all very happy for him," he concluded.

The right-handed batsman further said that exposure to Indian Premier League (IPL) helped youngsters in his team prepare for their Test debuts and come out into the field fearlessly.

After the first game loss, skipper Holder took a dig at the critics stated that even Caribbean team of the 90’s that included legendary Brian Lara, couldn't win a Test series in India.

"We are playing the No.1 team, India, in their backyard. And history would show we haven't won a Test match here since 1994 and if you look at the players who came through West Indies cricket - I think Brian Lara and these greats have been playing all that time."

He, however, demanded that efforts should be made to popularise Test cricket among youngsters.

With captain Holder and pacer Kemar Roach up for selection, West Indies hope to put up a better show in the second and final test in Hyderabad tomorrow.