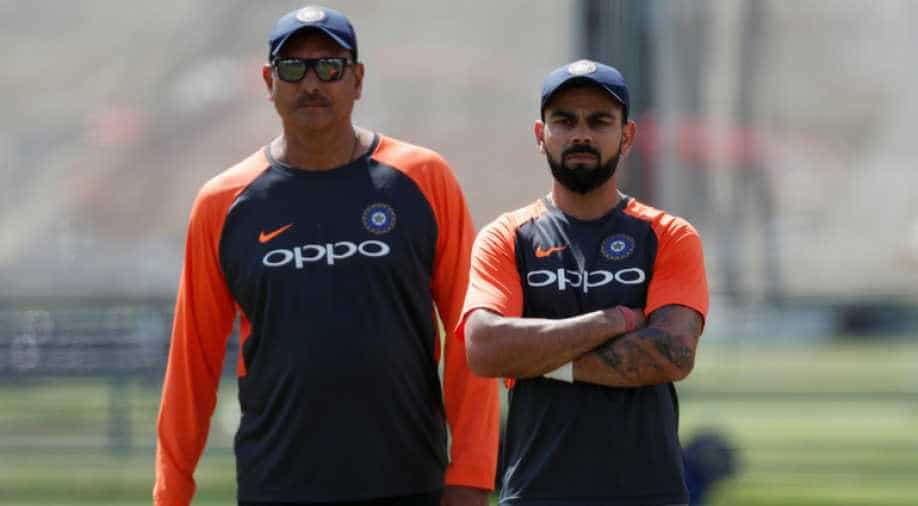 Former Indian head coach Ravi Shastri has credited Virat Kohli as a leader and has backed Team India to scale new heights in the African nation.

India's former head coach Ravi Shastri has lavished huge praise on Test captain Virat Kohli ahead of the national side's three-match series opener versus South Africa, which gets underway on December 26 in Centurion. The No. 1 ranked side have been exceptional while being on the road under Ravi Shastri and will look to carry on in similar stead under Rahul Dravid's coaching.

During Shastri's tenure, Kohli-led India become a daunting line-up while playing away from home. Under the former Indian all-rounder, India won two series in a row in Australia and gained an unassailable 2-1 lead over England in the incomplete five Tests in the United Kingdom (held early this year) and demolished Sri Lanka and West Indies in their own backyard. Shastri has credited Kohli as a leader and has backed Team India to scale new heights in the African nation.

Shastri while speaking in an interview to Star Sports told "There couldn't have been a better time for team India to prove their mettle. Virat has been an impeccable leader and has got a talented team to go along with it. South Africa remains an unconquered bastion."

"Remember, the Proteas are no pushovers in their own backyard, but we have got the firepower and the arsenal to match that. As always, Team India will always have my backing," Shastri mentioned.

ALSO READ | This is a quality Indian team: Allan Donald recalls Virat Kohli's words from 2018 ahead of Centurion Test

India have a strong chance to win their first-ever Test series on South African soil with the Proteas not having superstar batters in their line-up whereas India's pace attack is one of the best at present. During their last Test series in SA in early 2018, Kohli & Co. were competitive throughout the three Tests but lost 2-1. It will be interesting to see what the scoreline will be this time around.

The last two Tests will be played in Johannesburg and Cape Town before the action moves to the three ODIs, starting from mid-January 2022.