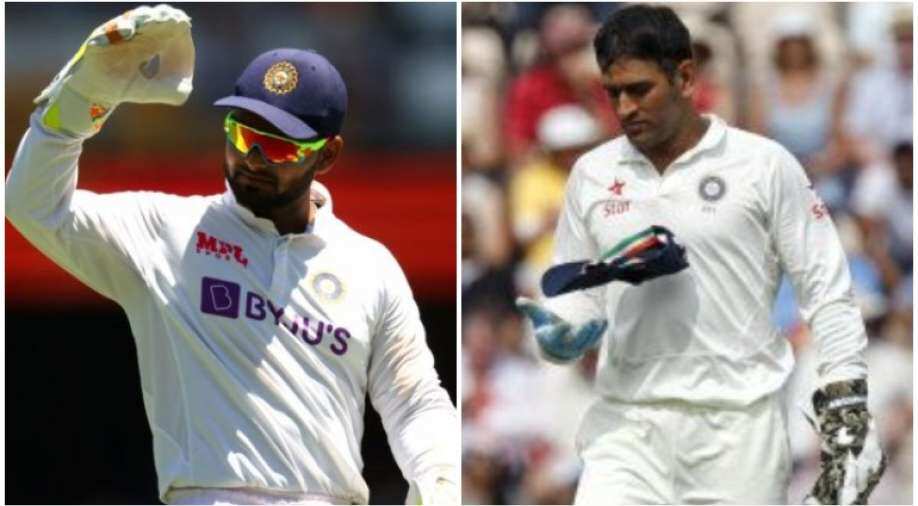 Ahead of the series opener, the 24-year-old Rishabh Pant has a chance to go past his mentor and former Indian captain MS Dhoni to become the quickest to effect 100 Test dismissals among Indian keepers.

Rishabh Pant has made a name for himself ever since he broke into the scene in IPL 2016. He entered the highest level with a T20I debut in early 2017. However, he made his Test debut in mid-2018 and has become a regular across formats following his memorable comeback in the 2020/21 Border-Gavaskar Trophy in Australia.

Pant is now gearing up for India's upcoming three-match Test series versus South Africa, which will get underway on December 26 in Centurion. Ahead of the series opener, the 24-year-old has a chance to go past his mentor and former Indian captain MS Dhoni to become the quickest to effect 100 Test dismissals among Indian keepers.

At present, Pant has 97 dismissals up his sleeves and is three away from completing a century. If he gets there during the course of the three Tests, he will also become the quickest to 100 Test dismissals among Indians. At present, the list is spearheaded by Dhoni.

ALSO READ | This is a quality Indian team: Allan Donald recalls Virat Kohli's words from 2018 ahead of Centurion Test

Pant, on the other hand, will be playing his 26th Test when he takes the field in the series opener in Centurion. Hence, he is set to become the quickest to the feat with only three dismissals away.

India's tour of South Africa comprises three Tests and will be followed by equal number of ODIs, in the African nation. The No. 1 ranked Virat Kohli-led Indian team have a chance to win their first-ever Test series in South Africa and will leave no stone unturned to create history.