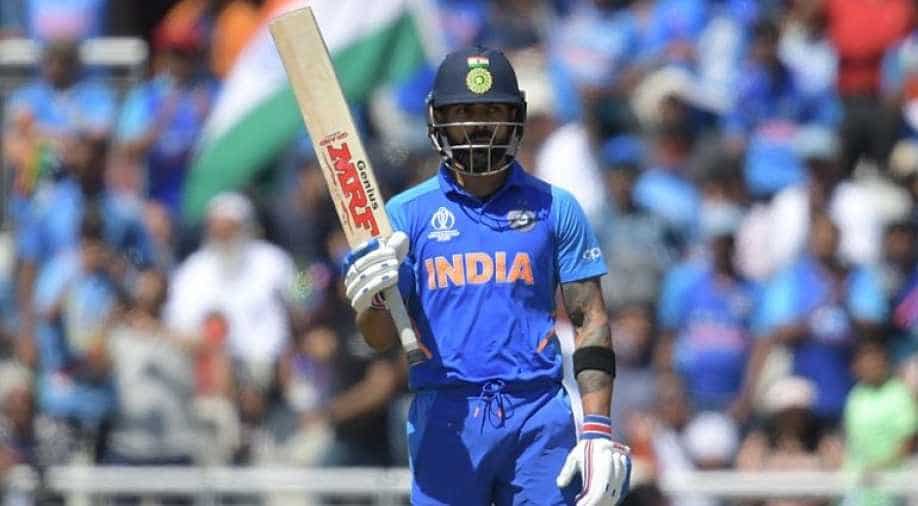 This was Kohli's fourth back-to-back half-century in the ongoing edition of World Cup.

Cricketer-turned-politician Sidhu achieved this feat in the 1987 World Cup, while Tendulkar did it twice - 1996 and 2003.

Virat achieved another milestone earlier in the match as he reached the 20,000-run mark in 417 innings and broke the record of India's Sachin Tendulkar and West Indies' Brian Lara, as the joint holders achieved this feat in 453 innings.

India won the toss against West Indies and chose to bat first.

West Indies will look to register a much-needed win to keep their campaign alive at the World Cup 2019.