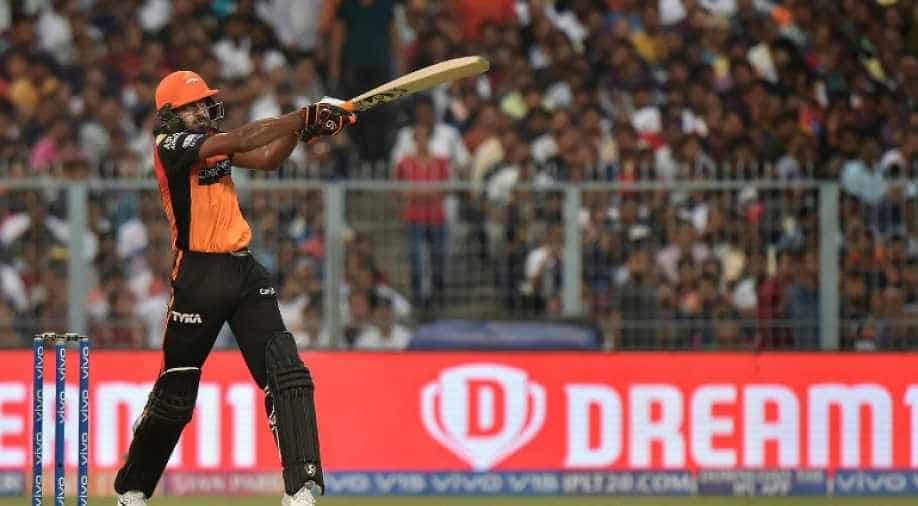 SRH all-rounder Vijay Shankar revealed the reaction inside the team's camp after the news of positive COVID-19 cases broke. He said that the players were worried but did not panic.

Indian Premier League 2021 had to be suspended indefinitely after several cases emerged inside the bio-secure bubble. Sunrisers Hyderabad also were affected by the COVID-19 surge as their wicketkeeper, Wriddhiman Saha, tested positive for the dreaded virus.

SRH all-rounder Vijay Shankar revealed the reaction inside the team's camp after the news of positive COVID-19 cases broke. He said that the players were worried but did not panic.

"More than panic, it was just about being worried. A couple of guys tested positive, when someone tested positive in our team, it became a bit more," Shankar said in an interview with India Today.

"Otherwise, we knew even the day they suspended the IPL, we were supposed to play a game. We were trying to prepare and keep ourselves motivated till we got the message, saying the IPL was suspended," he added.

He talked about life in bio-bubble and said that last it was a bit difficult.

"First year, last time, when we faced this, it was a bit difficult. Bio-bubble life is a bit difficult but if you ask me as a professional, it's important for us to adapt to it and follow the protocols. As a team, you need to be together. Only then you can spend those 1 and half two months together. Otherwise, it will be difficult for every individual," he added.

"At the end of the day, we want to play cricket and entertain the people. In this situation, there were a lot of people who were looking up to the IPL every evening to sit and watch and forget about every other thing. A tournament like this was helping take the viewers' mind off Covid. It definitely was (a source of motivation), we were trying to give our best," he added.