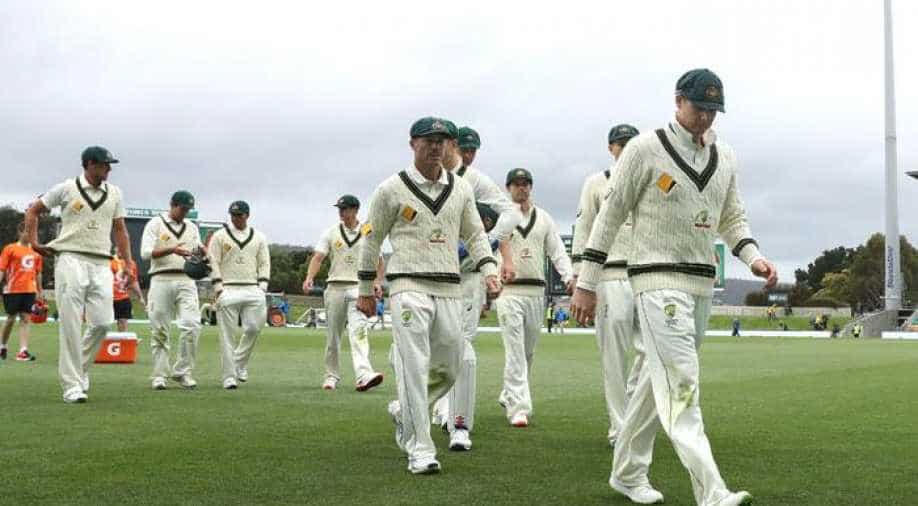 A file photo of Australian cricket team. Photograph:(Others)
Follow Us

However, Bancroft has now hinted that the bowlers present in the match knew about the plan.

Cricket Australia has reacted to Cameron Bancroft's recent revelations regarding the sandpaper gate that rocked the Australian team in 2018.

The cricketer has proposed that Australian bowlers were likewise aware of the sandpaper plot in the Cape Town Test against South Africa in 2018. An interior investigation at the time by Cricket Australia found that David Warner asked Bancroft to rub sandpaper ready, while captain Steve Smith chose to choose to disregard.

Cameron Bancroft, David Warner, and Steve Smith were suspended by Cricket Australia for the scandal. However, Bancroft has now hinted that the bowlers present in the match knew about the plan. Mitchell Starc, Pat Cummins, Josh Hazlewood, Mitchell Marsh, and Nathan Lyon were part of the infamous Test.

"CA has maintained all along that if anyone is in possession of new information in regards to the Cape Town Test of 2018 they should come forward and present it," CA said in a statement.

"The investigation conducted at the time was detailed and comprehensive. Since then, no one has presented new information to CA that casts doubt on the investigation’s findings," it added.

"All I wanted to do was to be responsible and accountable for my own actions and part. Obviously what I did benefits bowlers and the awareness around that, probably, is self-explanatory," Bancroft told The Guardian in an interview.

"What had become important to me was being liked, being well valued, feeling really important to my teammates. "Like I was contributing something by using sandpaper on a cricket ball," the Australian batsman added.

'I didn't expect...': Darwin Nunez on what surprised him in the Premier League