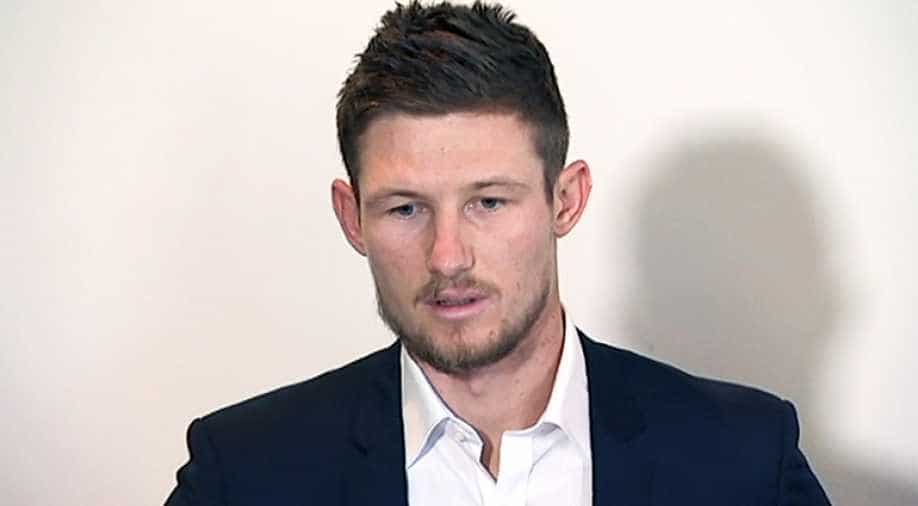 I invested too much to the point where I lost control of my values. What had become important to me was being liked, being well valued, feeling really important to my teammates, like I was contributing something by using sandpaper on a cricket ball. That’s something I don’t think I even understood until that mistake happened. But it’s part of the journey and a hard lesson I needed to learn.' - Cameron Bancroft

Cameron Bancroft is out of quarantine and, in the wake of being "brutally cold" on his appearance in Durham a week ago, the Australian batsman is starting to defrost and open up to another period of English county cricket. “I wouldn’t say the mornings have been red-hot,” he says dryly at Durham’s serene Riverside ground, “but they’re significantly warmer than when I got here and the wind was coming in from the Arctic.”

Bancroft gives a burning understanding of the unforgiving pressing factors that shadow elite game when he was requested that he return us to the second day of his Test debut against England at the Gabba in Brisbane in November 2017. After England had been bowled out for 302 in their first innings, Bancroft left with David Warner to confront Jimmy Anderson and Stuart Broad. “I remember feeling so nervous that I couldn’t control my body,” Bancroft reveals. “I had a lot of stress because I wanted to do really well and it was a dream of mine to play Test cricket for Australia.”

“I invested too much to the point where I lost control of my values. What had become important to me was being liked, being well valued, feeling really important to my teammates, like I was contributing something by using sandpaper on a cricket ball. That’s something I don’t think I even understood until that mistake happened. But it’s part of the journey and a hard lesson I needed to learn.” – said Cameron Bancroft in a conversation with The Guardian.

Cameron Bancroft has proposed that Australian bowlers were likewise aware of the sandpaper plot in the Cape Town Test against South Africa in 2018. An interior investigation at the time by Cricket Australia found that David Warner asked Bancroft to rub sandpaper ready, while captain Steve Smith chose to choose to disregard.

Thus, Cameron Bancroft, David Warner, and Steve Smith were suspended. In any case, in a surprising disclosure, Bancroft has implied that the Australian bowlers were likewise very much aware of the sandpaper ploy. Mitchell Starc, Pat Cummins, Josh Hazlewood, Mitchell Marsh, and Nathan Lyon were the Australian bowlers who included in the scandalous Test match.

In the wake of being trapped in 2018, Steve Smith said the team's "leadership group" knew about the thing that was going on, and no names had come out at that point. However, Cameron Bancroft has now recommended that the bowling department thought about the plot.

"Yeah, look, I think, yeah, I think it’s pretty probably self-explanatory," an uneasy Bancroft told The Guardian when asked about whom else knew about the ploy apart from the banned players.

"Look, all I wanted to do was to be responsible and accountable for my own actions and part. Yeah, obviously what I did benefits bowlers, and the awareness around that, probably, is self-explanatory. I guess one thing I learned through the journey and being responsible is that’s where the buck stops. Had I had better awareness I would have made a much better decision," the batsman added further.

In cricketing terms, “it makes me feel a little sh*t. I was just settling and then, of course, it was lost," Bancroft said of his suspension.

Cameron Bancroft last played for Australia in the 2019 Ashes Test against England. The batsman acknowledges he cushioned his opportunity to make a long vocation in international cricket after his demonstration in the Cape Town Test. Cameron Bancroft has played 10 Tests, accumulating 446 runs at an average of 26.3, including three fifties. The batsman had played an amazing thump of 77 in Cape Town in the scandalous Test in 2018 and once named it as his best thump in international cricket.