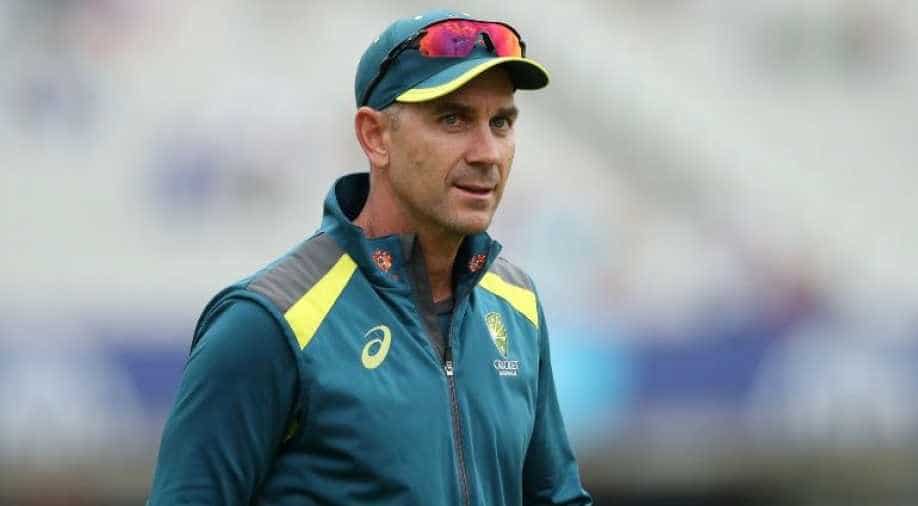 Australia head coach Justin Langer has expressed his disappointment over the slow-over rate against India in the Boxing Day Test, which ultimately cost the Aussies a spot in the final of the ICC World Test Championship.

Australia head coach Justin Langer has expressed his disappointment over the slow-over rate against India in the Boxing Day Test, which ultimately cost the Aussies a spot in the final of the ICC World Test Championship.

Four points were docked from Australia's points tally in the WTC after Tim Paine's side were two overs short of the required rate of 15 overs per hour.

Langer said that Australia's team manager Gavin Dovey was on leave and hence, the team was unaware of the slow-over rate in the match.

"This might be the silliest thing I've ever said, but our manager Gavin Dovey ... he'd been away, he'd gone home for Christmas to be with his family," Langer told SEN.

"It wasn't until after the game that we realised our over rate was down. Now, that's really slack on our behalf.

"I remember we were in the team room afterwards and I spoke to Painey (skipper Tim Paine) and Dene Hills, our analyst, about it. I was a bit grumpy about it and I thought 'imagine if this cost us the World Test Championship.

"And I mentioned it to the players afterwards that two overs down could cost us the World Test Championship. And so, we have to get better at that and make sure it doesn't happen in Sydney and Brisbane.

"It was relevant at the time and it certainly became incredibly significant over the weekend."

Langer is of the view that Australia should be more accountable and take responsibility for the crucial slow-over rate breach at the MCG as it was something that was within their control.

"How often do you get docked points in Test cricket these days? Rarely," he said.

"And we had that in our control, that's an attitudinal thing.

"At the time, we probably thought it's not that big a deal the players get fined but that cost us the World Test Championship (Final) after what had been two really good years for Australian cricket where we were ranked No.1 again.

"It's very disappointing, but the lesson is the things that we can control, we have to control. And we can't relax for a second in Test cricket," Langer added.