Valtteri Bottas to remain at F1 champions Mercedes in 2020 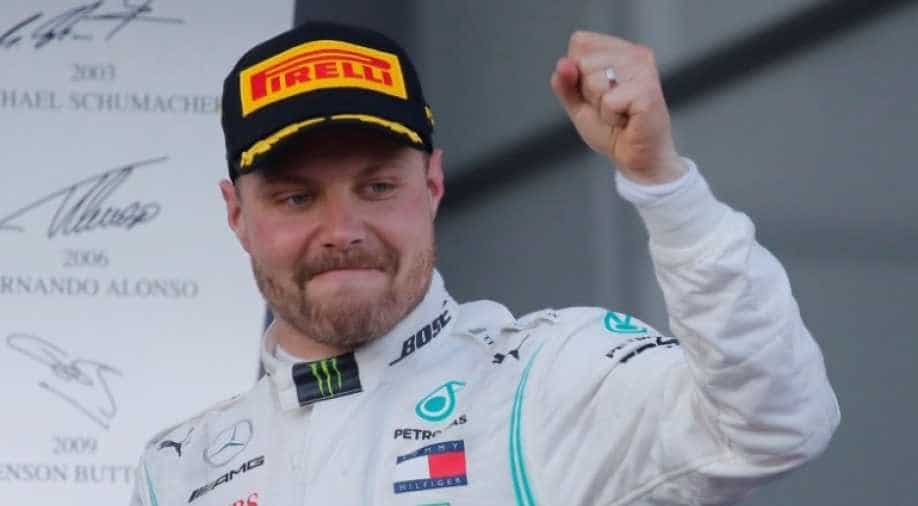 Bottas bounced back strongly from a winless 2018 campaign, opening this season with victory in the first race in Australia

Birthday boy Valtteri Bottas did not need a reason to celebrate but confirmation he would be staying at Formula One champions Mercedes next season gave him another excuse to party.

The Finn turned 30 on Wednesday and had already marked the milestone with a party a day earlier.

Mercedes’ decision to retain him alongside five-time world champion Lewis Hamilton for another season, which was announced on Thursday but had been signed and sealed the weekend before, only made the celebrations sweeter.

“Obviously, 30, it happens only once in a lifetime,” the Finn told reporters at the Spa-Francorchamps circuit on Thursday shortly after the Mercedes announcement ahead of the Belgian Grand Prix.

“I knew by then, everything was done by then, so it was actually nice to celebrate with the closest people.

Bottas bounced back strongly from a winless 2018 campaign, opening this season with victory in the first race in Australia.

He has taken two wins and a further seven podiums from 12 races this season, though his last victory was at the Azerbaijan Grand Prix in April and he has faded over recent races.

The Finn is second in the overall standings, 62 points adrift of Hamilton, who has won eight races, and facing a growing threat from Red Bull’s Max Verstappen who is seven points behind him in third.

Once considered a shoo-in for the Mercedes drive on the back of his early season form, Botttas faced competition from Mercedes-backed 22-year-old Esteban Ocon for his seat over recent weeks.

Mercedes boss Toto Wolff told reporters at the Hungarian Grand Prix before the August shut down that they would choose either Bottas or Ocon to be Hamilton’s team mate next season.

Bottas' improved form convinced Mercedes to retain him, with Ocon signing to drive alongside Daniel Ricciardo for Renault.

Bottas said he had begun to put a back-up plan in place in case Mercedes chose not to retain him.

“To be honest, going to the summer break, and in this sport you know once you’ve not signed, anything can happen...

“So for sure I was trying to make a plan for something else but then things started to go the right way...”

Hamilton, who has enjoyed a far more harmonious relationship with Bottas compared to the bitter rivalry he was embroiled in with the Finn’s predecessor Nico Rosberg, said Mercedes had made the right decision.

“Continuity is always a great thing,” said the Briton. “I really enjoy working with him in general. We get on well both outside and on the track.”