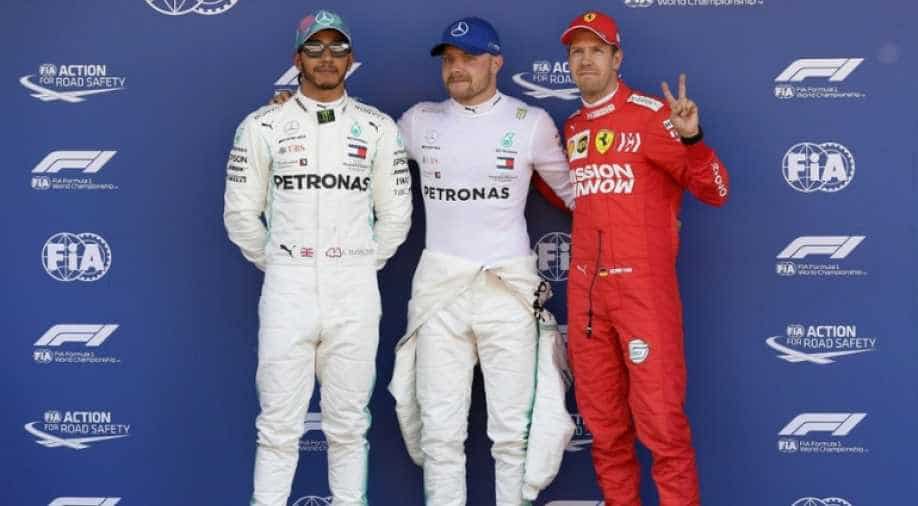 Formula One leader Valtteri Bottas put his Mercedes on pole position by a massive margin at the Spanish Grand Prix on Saturday (May 11) with team mate Lewis Hamilton having to settle for second in a front row lockout.

The pole was a third in a row for the re-energised Finn, who leads Hamilton by a single point after four of the 21 races, and he did it in a track record time of one minute 15.406 seconds.

That was a hefty 0.634 quicker than Hamilton's best effort, dashing the five-times world champion's hopes of record-extending 85th career pole.

"I really enjoyed that, I enjoyed the adrenaline rush we get from those laps, I'm very pleased," said the Finn, who will be chasing his third win of the season on Sunday.

Hamilton said his laps in the final phase of qualifying could have been better, with a scrappy first effort kicking up gravel, but the upgrades brought by Mercedes to the start of the traditional European part of the campaign were working well.

The Briton, winner for the past two seasons in Barcelona and three times in all, said Bottas had simply been quicker on the day.

Mercedes have won the first four races one-two, a record start for any team, despite Ferrari setting the pace in pre-season testing.

VAR in the dock as Man Utd down Villa, Spurs frustrated