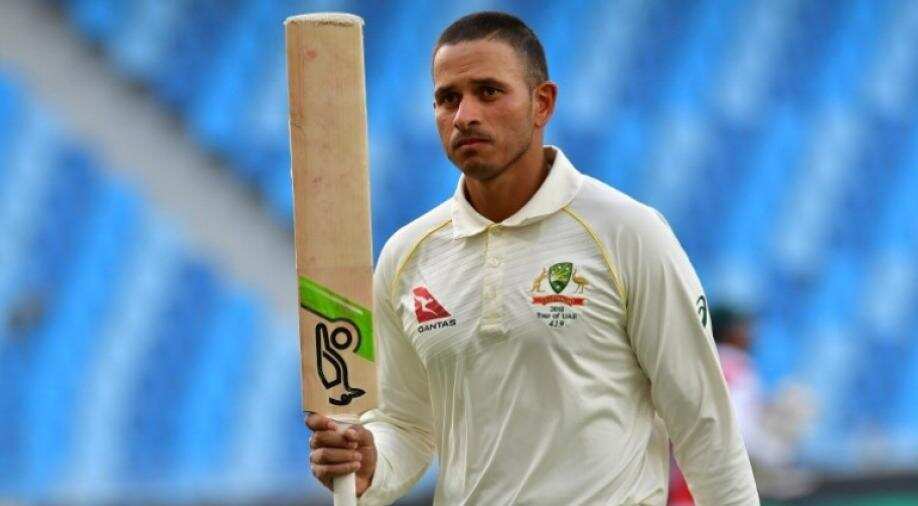 Australia resumed on 136-3 hoping to survive the final day to force a draw at the Dubai International Cricket Stadium.

Usman Khawaja batted bravely for nearly nine hours to make 141 and help Australia salvage a draw in the first test against Pakistan in Dubai on Thursday.

Set an improbable victory target of 462, Australia resumed on 136-3 hoping to survive the final day to force a draw at the Dubai International Cricket Stadium.

The overnight pair of Khawaja and Travis Head played sensibly to deny the Pakistan attack in the morning session and guide their team to 215-3 at lunch.

Pakistan threatened to slice through the Australian middle order when Head was trapped lbw for 72 by off-spinner Mohammad Hafeez.

After looking vulnerable against the spinners for the first half hour on a deteriorating pitch, Australia captain Tim Paine settled down and built a crucial partnership with Khawaja.

Khawaja completed his century off 224 balls with 10 fours, becoming only the fifth Australian to score a hundred in the fourth innings of a test match in Asia.

"(The plan was to) Just bat. Wasn't thinking too much," Khawaja, who was adjudged man-of-the-match award, said.

"It was decent but it was getting tougher and tougher. We thought that if we batted two sessions we'd be in good stead."

Shah went on remove Khawaja, Mitchell Starc and Peter Siddle in quick succession, keeping Pakistan's victory hopes alive until the last over of the match.

But Paine (61) and Nathan Lyon (5) remained unbeaten to seal the draw as Australia finished on 362-8 - the second highest fourth-innings score by a visiting team in a test in Asia.

"It was extremely tough test match. Pakistan played very well and had us under the pump for three days," Paine said.

"Everyone had a plan. Usman was more defensive than usual. There was a bit of a collapse but the guys have been working hard over the last few months and I'm happy everything's gone to plan."

Abu Dhabi will host the second and final test starting on Tuesday.