US 'not discussing' joint boycott of Beijing Olympics: White House 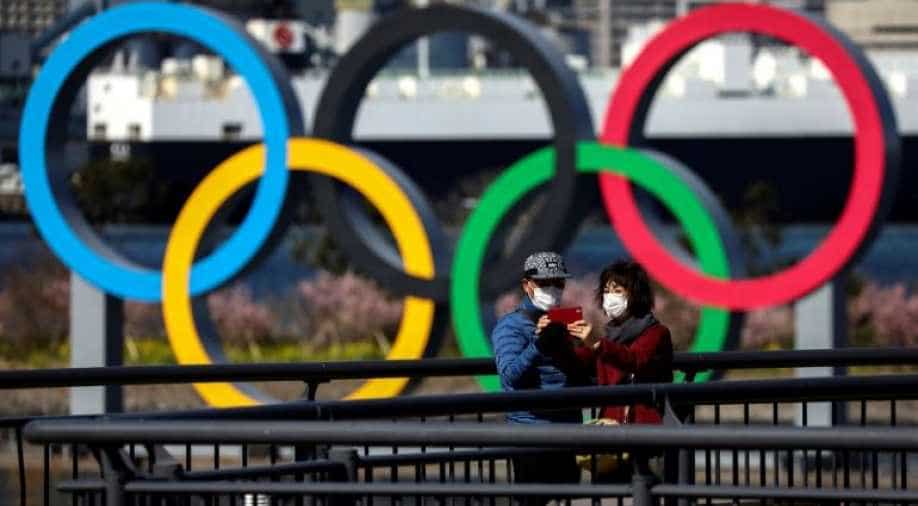 People wearing protective face masks, following an outbreak of the coronavirus, are seen in front of the Giant Olympic rings  Photograph:( Reuters )

"We have not discussed and are not discussing any joint boycott with allies and partners," President Joe Biden's press secretary, Jen Psaki, said.

The White House said Wednesday that it is not discussing a joint boycott of the Beijing Winter Olympics with US allies over mass human rights violations and the clampdown in Hong Kong.

"We have not discussed and are not discussing any joint boycott with allies and partners," President Joe Biden's press secretary, Jen Psaki, said.

Psaki said that Washington was talking with allies "to define our common concerns and establish a shared approach, but there's no discussion underway of a change in our plans regarding the Beijing Olympics."

China is facing global scrutiny over a range of issues, notably the mass internment and other repressions of Uighur Muslims in the western region of Xinjiang, which the US has said amounts to genocide.

It is also under pressure for its clampdown in the former British colony of Hong Kong.

On Tuesday, US State Department spokesman Ned Price was asked if the United States would consider a joint boycott with allies and said it was "something that we certainly wish to discuss."

But he later stressed that the United States does not "have any announcement regarding the Beijing Olympics," writing on Twitter that "we will continue to consult closely with allies and partners to define our common concerns and establish our shared approach."

China, which has rejected criticism of its human rights record, on Wednesday hit back at suggestions of a boycott, accusing the United States of "politicizing sports".

IPL 2021, SRH vs MI, Live Streaming: When and where to watch SunRisers Hyderabad vs Mumbai Indians?