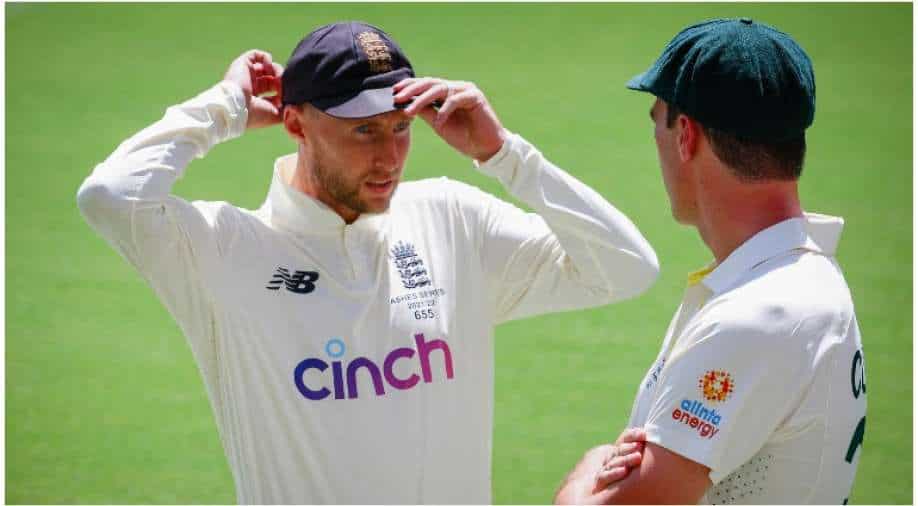 The Joe Root-led England team is now languishing at the bottom-half after being penalised heavily for maintaining slow over-rate in the Ashes 2021 opener. Here's the updated WTC points table:

The Joe Root-led England Test team are tottering in the ongoing Ashes 2021/22 edition Down Under. Losing the first Test by a whopping 9-wicket margin versus Pat Cummins-led Australia, the English line-up saw five crucial points being deducted from their tally for slow over-rate at The Gabba, Brisbane.

Nonetheless, the visiting side have been dealt with a bigger blow as three more points have been deducted from as it has been found out that they were eight overs short of the mark post the Brisbane Test (according to the ICC). Hence, Root & Co. have now lost a total of ten points due to slow over-rate in the second cycle of the WTC. For the unversed, England had earlier been penalised for the same reason during their home series versus Virat Kohli-led Team India in August-September.

ALSO READ | Ashes 2021: 'They haven't got a clue with selections', Ian Chappell reacts to England's struggles 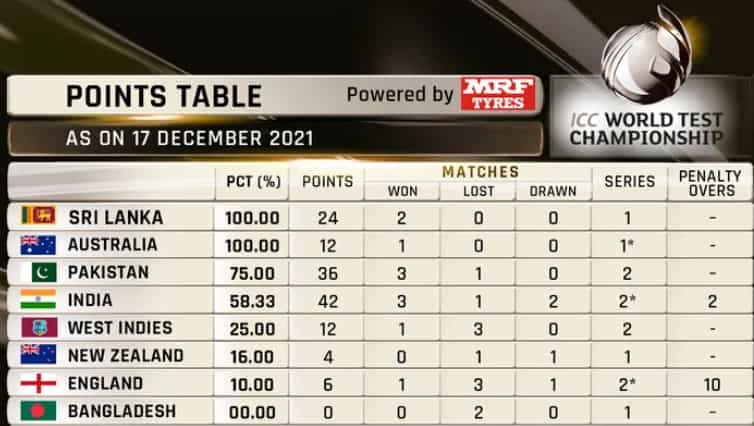 England now have only six points from five Tests in the ongoing second cycle of the WTC. "England were eight overs short (not five overs short as previously announced) but were only fined 100 per cent of their match fee due to the limit,” the ICC said.

"However, the points deduction for penalty overs is not capped and must reflect the actual number of penalty overs a team is short of the minimum requirement as per Clause 16.1.2 of the ICC Playing Conditions, hence they have been penalised one point for each over they were short," it added.

Talking about Ashes 2021's second Test, Australia are in the driver's seat after posting 473 for 9 declared. In reply, England went to stumps on Day 2 being 17 for 2 in the day-night contest at the Adelaide Oval, Adelaide.