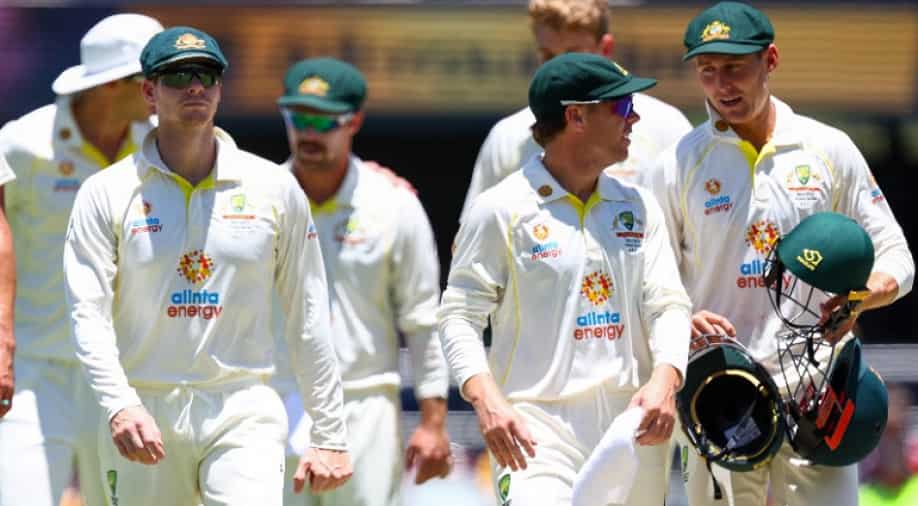 Australia defeated England by 9 wickets in the first Ashes Test at The Gabba. Photograph:( AFP )

Australia hammered England by nine wickets in the first Test at The Gabba on Saturday to take a 1-0 lead in the ongoing Ashes 2021-22. Here is a look at the updated World Test Championship (WTC) points table after Australia's victory.

Australia registered a dominant 9-wicket win against England in the first Test of ongoing Ashes 2020-21 on Saturday (December 11). The hosts produced a superb show with the ball on Day 4 at The Gabba to bundle out England for 297 runs in their second innings and wrap up a comfortable win after chasing down the target of 20 runs with nine wickets to spare.

Australia had earlier skittled out England for a paltry 147 runs in their first innings before Travis Head's brilliant knock of 152 runs along with David Warner's 94 helped them post 425 runs on the board in their first innings to take a massive lead of 278 runs. Nathan Lyon picked up a four-wicket haul in England's second innings to trigger a collapse for the visitors and power Australia to a comprehensive win.

He also completed the milestone of 400 Test wickets with his four-wicket haul in what was a memorable outing for the spinner. With the nine-wicket win against England, Australia moved to the second spot on the World Test Championship (WTC) 2021-23 table as they kicked off their campaign with a win. India slipped to the 4th spot while Babar Azam-led Pakistan are placed second.

Check out the updated World Test Championship points table after Australia beat England at The Gabba: 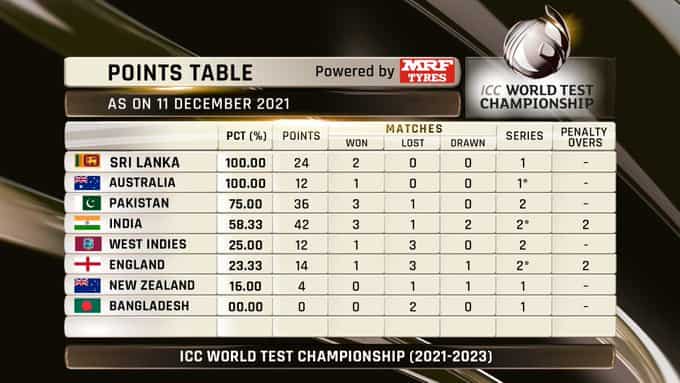 England were in a great position at the stumps on Day 3 with captain Joe Root unbeaten on 86 and Dawid Malan playing on 80. The visitors had ended the day on 220/2 after an unbeaten stand of 159 runs between Malan and Root.

However, English batting line-up suffered a terrible collapse on the penultimate day of the Test match as Lyon spun Australia to a massive win with his bowling heroics.