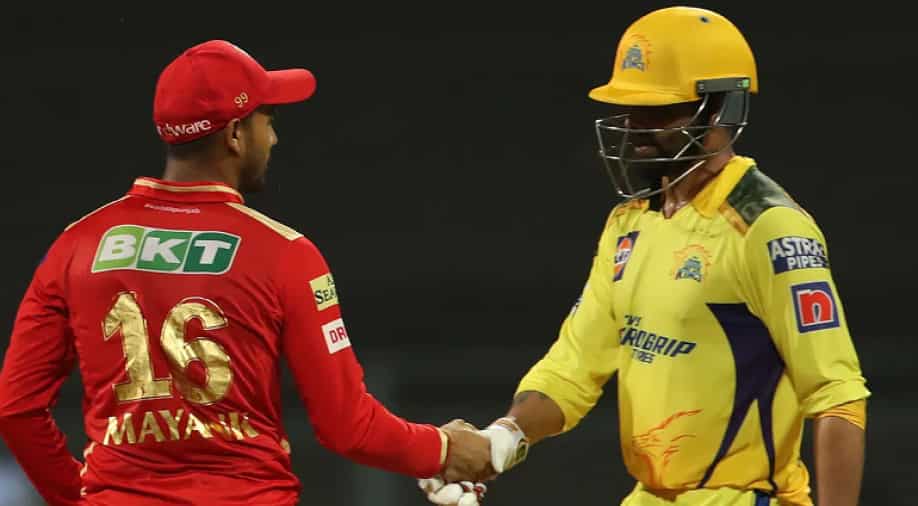 Here is a look at the updated IPL 2022 points table after Mayank Agarwal-led Punjab Kings (PBKS) defeated Chennai Super Kings (CSK) by 11 runs at the Wankhede Stadium in Mumbai on Monday.

Mayank Agarwal-led Punjab Kings (PBKS) defeated Chennai Super Kings (CSK) by 11 runs in the ongoing Indian Premier League (IPL) 2022 to bounce back to winning ways. After losing against Delhi Capitals in their last outing, PBKS bowled well to defend the total of 188 runs to bag their fourth win of the season.

Asked to bat first after losing the toss, Punjab Kings rode on opener Shikhar Dhawan's brilliant 88 off 59 deliveries and Bhanuka Rajapaksa's 32-ball 42 to post a strong total of 187 runs on the board. En route to his fabulous 87, Dhawan also became only the second batter after Virat Kohli to complete 6,000 runs in IPL.

CSK bowlers struggled to pick wickets as they managed only three scalps throughout the 20 overs with Dwayne Bravo picking up two wickets in his spell. The Men in Yellow got off to a poor start in the run-chase as they lost opener Robin Uthappa on just 1 off 7 balls before Mitchell Santner (9) and Shivam Dube (8) were dismissed in quick succession.

Ambati Rayudu then went on to play a sublime knock of 39-ball 78 laced with seven fours and six sixes to pull CSK back into the game. However, Rayudu's efforts were not enough as he failed to find support from the other end and CSK were left with too much to get in the final over. CSK fell short by 11 runs at the end to lose their sixth game of the tournament.

With the win, Punjab Kings have moved to the sixth spot on the IPL 2022 points table with eight points from eight matches so far. Meanwhile, CSK remain in the 9th spot with just four points in the eight matches this season.