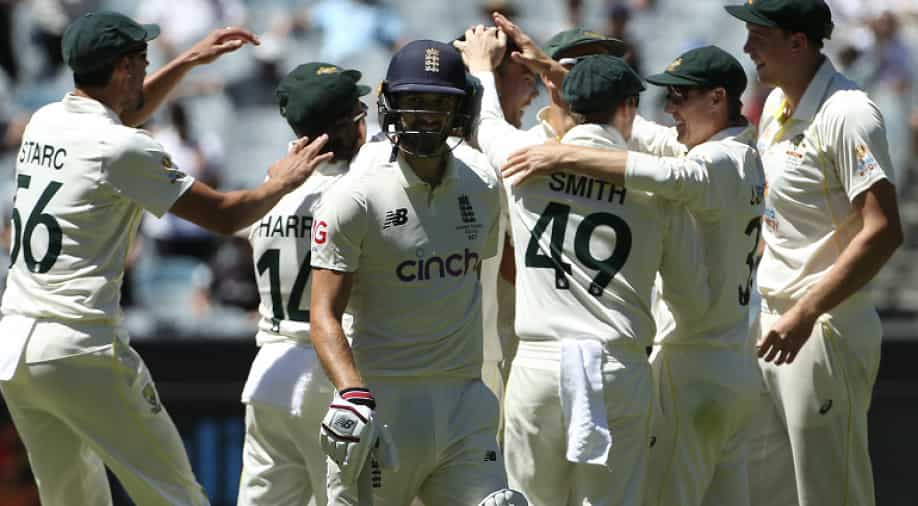 Australia won the second Ashes Test by an innings and 14 runs. Photograph:( AFP )

Australia thrashed England by an innings and 14 runs in the third Test in the ongoing Ashes 2021-22 to clinch the five-match series 3-0. Here is the updated World Test Championship points table after Australia's victory.

Australia thrashed England by an innings and 14 runs in the third Test of the ongoing Ashes 2021-22 to go 3-0 up in the five-match series and retain the prestigious urn. After back-to-back wins in the first two Tests, it was yet another dominant performance from the Aussies, who took an unassailable 3-0 lead in the Ashes.

England's hapless batting line-up suffered yet another terrible collapse on Day 3 of the third Test at the Melbourne Cricket Ground in Melbourne as the visitors were bundled out for a paltry 68. Captain Joe Root was once again the lone fighter for England as he top-scored with 28 off 59 balls.

Scott Boland was the pick of the bowlers for Australia as the pacer ran riot with the ball in his debut game. The fast bowler picked up an impressive six-wicket haul during England's second innings to run through the visitors' batting line-up and inspire Australia to a convincing win.

With the win, Pat Cummins-led Australia have moved to the top of the ICC World Test Championship (WTC) 2021-23 points table. Australia have 36 points from three wins in three matches so far. The Aussies have a win percentage of 100 and have overtaken Sri Lanka to take the top spot on the points table.

Meanwhile, England continue to remain at the seventh position on the WTC points table with just one win and five losses from six matches. England currently only have six points and a win percentage of 7.14 in the ongoing World Test Championship cycle. 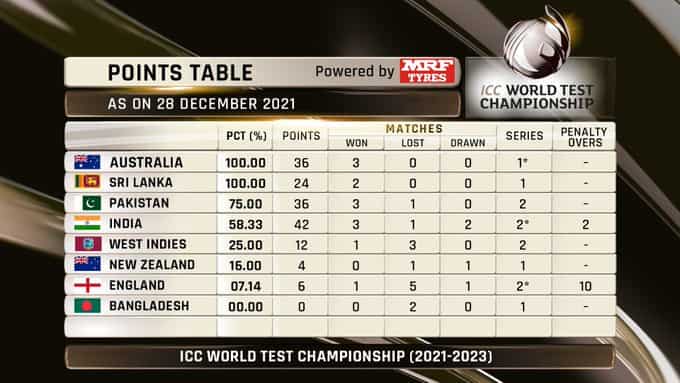 England have lost the Ashes 2021-22 with three straight defeats in the first three games but will be hoping to bounce back and finish the series on a high. With two more Test matches remaining in the series, England will be aiming to avoid a clean sweep against the Aussies.