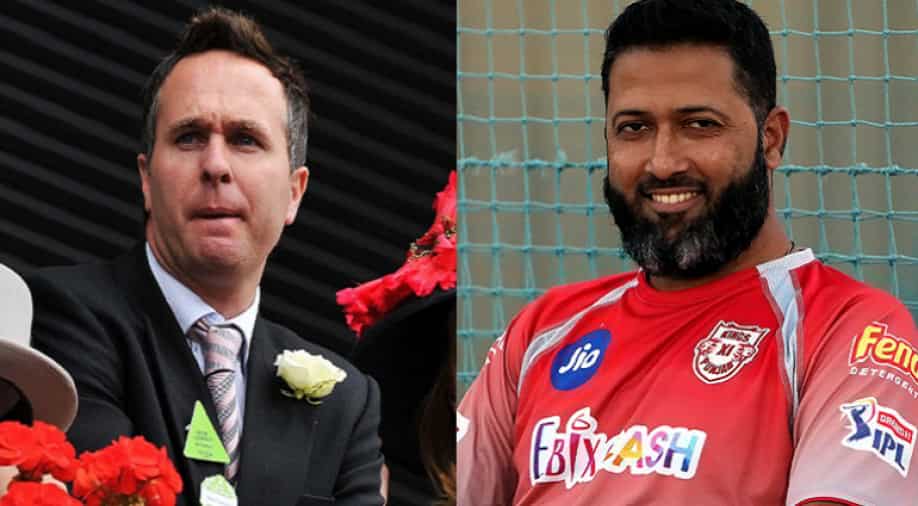 Former India cricketer Wasim Jaffer brutally trolled Michael Vaughan for his old tweet on India after Australia hammered England by an innings and 14 runs in the 3rd Ashes Test on Tuesday.

Former India cricketer Wasim Jaffer is famously known as the 'meme king' on Twitter for his hilarious tweets and memes on the latest happenings in cricket. Jaffer often manages to tickle the funny bones of cricket fans with his witty and funny takes on the game.

Jaffer also doesn't shy away from enjoying some fun banter with others and has enjoyed a great rivalry with former England captain Michael Vaughan on social media. While the two came up against each other on a few occasions while playing for their respective countries, Vaughan and Jaffer have kept the rivalry alive off the field.

On Tuesday, Jaffer took a dig at Vaughan and trolled him brutally for one of his old tweets mocking the Indian cricket team after Australia crushed England by an innings and 14 runs in the third Test of the ongoing Ashes 2021-22. Australia bundled out England for a paltry 68 runs in their second innings to wrap up a thumping win inside just three days.

Jaffer didn't miss out on the opportunity to take a dig at Vaughan after England's loss as he took to Twitter to share a video of himself checking out an old tweet from Vaughan which read - "92 all out India ... Can’t believe any team would get bowled out for under a 100 these days !!!!!!".

Vaughan had tweeted this back in 2019 after India had been bundled out for 89 runs in an ODI against New Zealand.

It was yet another disappointing show from the England batters as the visitors suffered another terrible collapse in their second innings. Skipper Joe Root top-scored with 28 off 59 balls while only two batters managed to get into double figures.

Debutant pacer Scott Boland impressed for Australia as he picked up a six-wicket haul during England's second innings to run through the visitors' batting line-up and power the hosts to a convincing win. Australia have clinched Ashes 2021-22 and retained the urn with three back-to-back wins in the five-match series.