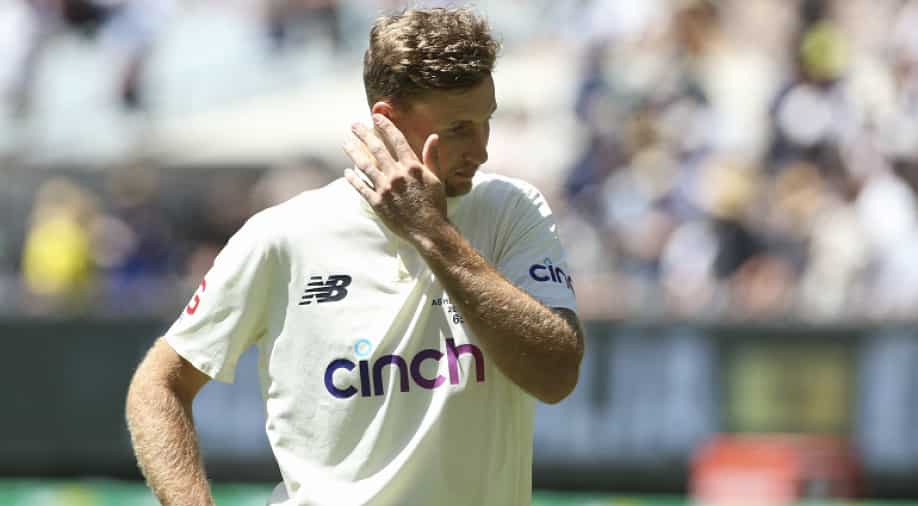 England captain Joe Root was absolutely gutted after England's shattering defeat in the third Test of the ongoing Ashes 2021-22 on Tuesday. Root admitted Australia blew England away with their top-notch performance and deserved to win.

Australia mauled England by an innings and 14 runs in the third Test of the ongoing Ashes 2021 to clinch the five-match series with three back-to-back wins and retain the prestigious urn. Debutant Scott Boland bowled his heart out and picked up a memorable six wicket-haul as he ran through the hapless English batting line-up in their second innings on Day 3 of the Boxing Day Test on Tuesday.

England captain Joe Root top-scored for the visitors with 28 runs off 59 balls. He was the lone warrior once again as none of the other batters managed to put on a fight against the Australian pacers, who dominated the proceedings. Boland was the pick of the bowlers for the Aussies as the fast bowler sone on debut.

The defeat is a much-needed reality check for England, who have been left exposed in the ongoing Ashes 2021-22 as the Test series has looked fairly one-sided with the hosts dominating the proceedings so far. England captain Root said he was absolutely gutted with the innings defeat and admitted his side were blown away by the Aussies.

"It is what it is. We have come to dealing with this sort of environment for a while now. Credit to Australia, they blew us away last night, and they have outplayed us in this Test match, in fact, the series so far. We have a lot of hard work to do now and come back strong in the last two games. Covid threat wasn't ideal. The way we went about our cricket, especially our bowling was excellent yesterday," said Root post his side's defeat.

England bowlers had done well during Australia's first innings to ensure the hosts didn't manage to get to a big total. Senior pacer James Anderson picked up a four-wicket haul while Mark Wood and Ollie Robinson scalped two wickets apiece to give England a chance to fight back in the game.

However, the batters let the visitors down once again with a shambolic show in the second innings. Root admitted England have a lot of work to do in order to turn around their fortunes in the Ashes 2021-22. The England skipper said his side will look to wrap up the series with a couple of wins in their remaining matches.

"Credit to the boys for managing it and giving ourselves a chance in this game. We just have got to do things for longer. There have been pockets, but that's just not enough. We know where we need to work and we have to stay very strong and make sure we look at the next two games as a real opportunity to take something away from this tour," said Root.