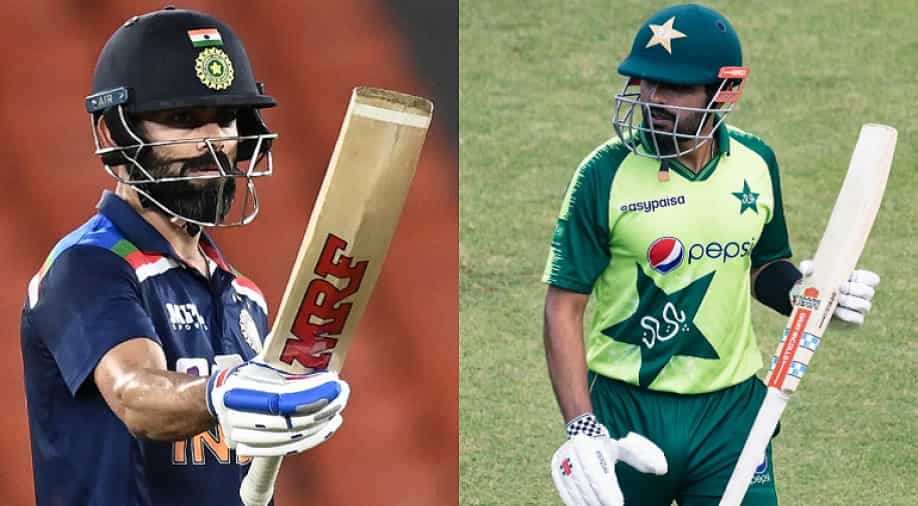 Legendary Pakistan fast bowler Wasim Akram believes Babar Azam is a quick learner and can soon reach Virat Kohli's level if he can keep playing at the same consistency.

India and Pakistan might not have played a bilateral series between them for several years ow but it remains one of the most talked-about rivalries in world cricket. The two teams will resume their rivalry when they lock horns in the ongoing T20 World Cup 2021 at the Dubai International Stadium in Dubai on October 24.

Babar Azam, who has often earned comparisons with Indian captain Virat Kohli for his batting exploits and consistency with the willow, will be leading Pakistan for the first time against Kohli-led India. Babar has been Pakistan's best batter across formats for several years now and was appointed as the captain across all three formats last year.

Legendary Pakistan fast bowler Wasim Akram gave his take on the comparisons made between Babar and Kohli and said it was unfair to compare the Pakistan star batter with the Indian skipper. Akram said Babar is a quick learner, who will need time to reach Kohli's level as the Indian captain has already proved his credentials in all three formats by scoring heaps of runs bit at home and away from home.

"Virat Kohli is Virat Kohli. He has dominated world cricket, scored all those runs over these years. He has led India. Babar Azam has started captaining Pakistan only now. But as far his technique is concerned, is very good to watch and very consistent in all formats," Akram was quoted as saying by India Today.

"He is learning his captaincy, he is a quick learner. So, it's unfair to compare those two now. But Babar is definitely heading towards the position where Virat Kohli is now," he added.

In T20Is as well, Kohli remains the leading run-getter with 3159 runs in 90 matches while Babar has 2204 runs in 61 matches. It remains to be seen who will come out on top when the two go up against each other for the first time as the captains of their respective sides.