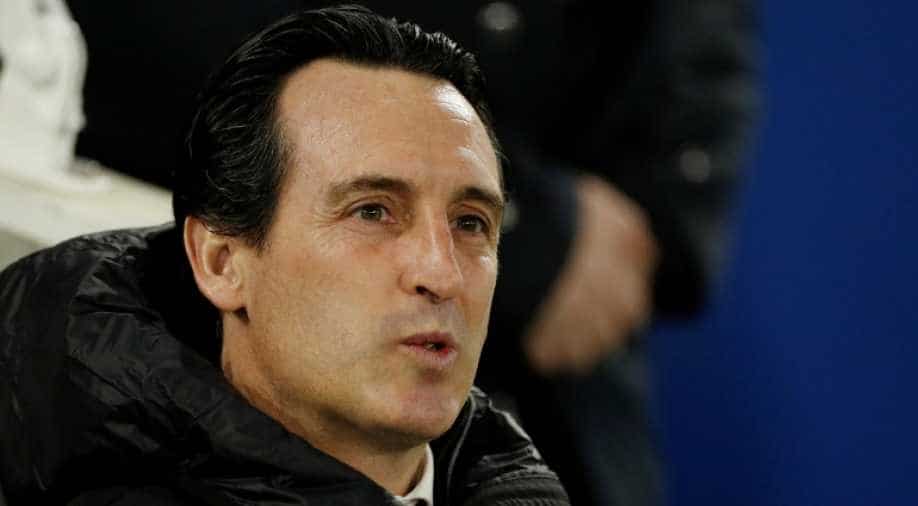 Emery's team are in better form than third-placed Tottenham and can close the gap on their hated neighbours to just one point if they beat win at Wembley.

Arsenal manager Unai Emery warned Tottenham on Friday that his side are ready to take their "big opportunity" to finish above them by winning Saturday's north London derby.

Emery's team are in better form than third-placed Tottenham and can close the gap on their hated neighbours to just one point if they beat win at Wembley.

Arsenal are on a run of three straight wins but Spurs have crashed to consecutive defeats at Burnley and Chelsea, forcing coach Mauricio Pochettino to concede they are out of the title race and leaving them in a battle to finish in the top four.

"Sometimes we can take the big opportunity like tomorrow because there were 10 points difference between us and Spurs two weeks ago. Now it's four points," Emery said.

"Tomorrow we are going to play together and it's very important for both teams. It's very different if you win or lose.

"This is a big opportunity for us to play with confidence in our moment, respecting them because they lost two matches but they are still having a very good season."

Arsenal's 5-1 thrashing of Bournemouth on Wednesday was especially rewarding for Emery as he was able to rest several players, including Alexandre Lacazette and Shkodran Mustafi, for the derby.

Emery says Arsenal's winning streak has raised morale at just the right time and he wants his players to feed off the confidence factor.

"We want to play with confidence and also free in our minds, with a focus on our game plan. All individuals can have this confidence," he said.

"We will prepare to deliver the best performance individually and collectively. We need to be strong and we need to be very concentrated over 90 minutes."