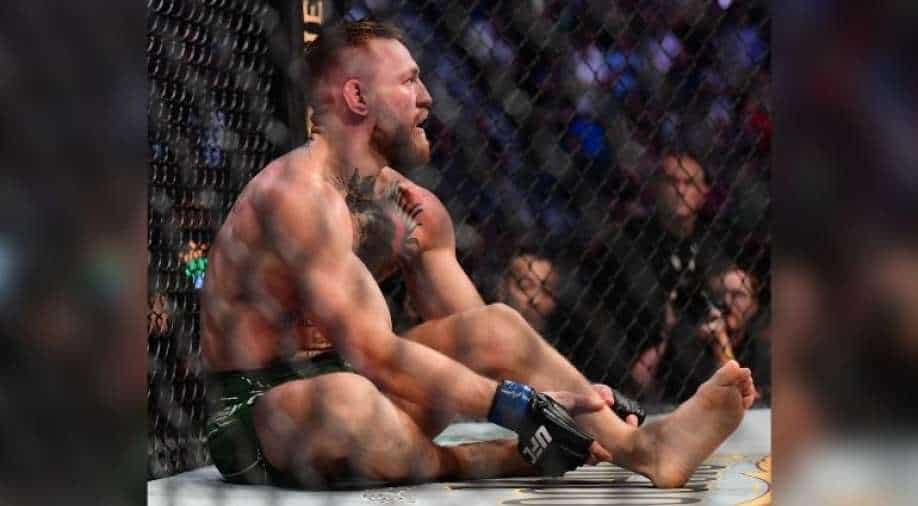 According to UFC chief Dana White, Connor McGregor had broken "the lower tibia in his left shin".

Irish fighter Conor McGregor suffered a crushing defeat at the hands of former interim lightweight champion Dustin Poirier in the very first round due to doctor stoppage after the 32-year-old broke his leg at the UFC 264 in Las Vegas.

This is McGregor's second defeat in last to UFC matches. As per replays, the Irishman's ankle rolled over as he stepped backwards just before round one was about to end. After the Irishman fell down, Poirier went ahead and pummeled him.

The fight was stopped and doctors were brought in and ultimately Poirier was handed a second win in their trilogy.

McGregor, who had said before the match that Poirier would go out on a stretcher, ended up doing just that himself.

Bleeding from the mouth, McGregor had shouted against doctor stoppage while still sitting on the mat, before he was taken away from the ring.

However, McGregor vowed a return and assured his fans that it is 'not over'.

According to UFC chief Dana White, McGregor had broken "the lower tibia in his left shin".

Several fighting icons took to Twitter and congratulated Poirier for the win as they trolled McGregor.

Poirier will take on Charles Oliveira for a lightweight title shot match that will take place in Las Vegas.