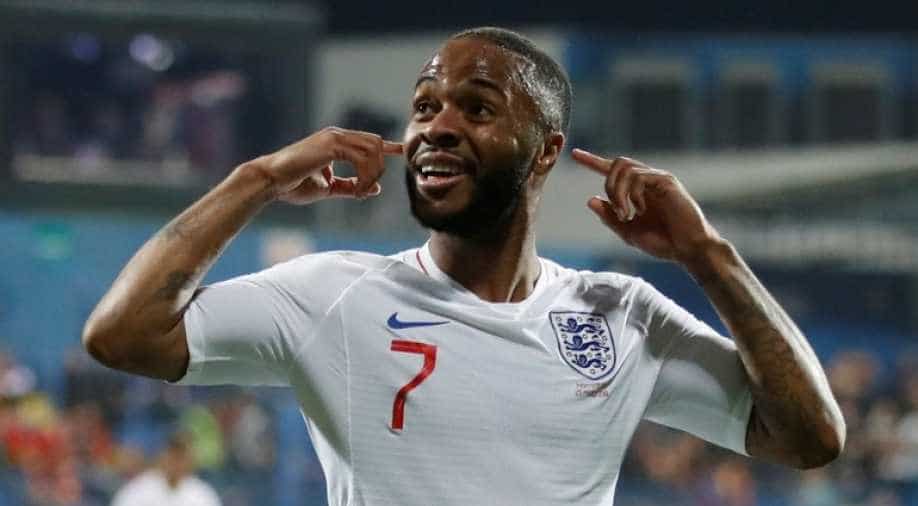 Ceferin will ask referees to "not be afraid" to stop matches when there is racial abuse.

UEFA president Aleksander Ceferin admitted on Tuesday that he is ashamed of the recent outbreaks of racism that have blighted football this season.

England stars Raheem Sterling, Danny Rose and Callum Hudson-Odoi endured racist abuse from Montenegro fans during last month's Euro 2020 qualifier, while in the club game Inter Milan, Dinamo Zagreb and Dynamo Kiev have all been punished with full or partial venue closures due to racist behaviour by supporters.

"I am ashamed, ashamed that in 2019 we have to hold a conference to promote diversity," said Ceferin, at Wembley on Tuesday for the first Equal Game conference held to help tackle discrimination.

"It is worrying to see world leaders and politicians playing down racist and discriminatory incidents."

Ceferin will ask referees to "not be afraid" to stop matches when there is racial abuse.

"The moment a match is stopped, or it's not played, I think that 90 percent of normal people in the stadium would kick the asses of those idiots," Ceferin said.

"This is a huge problem. Not just the Balkans, all eastern Europe ... But of course you see Italy, one of the biggest problems with racism, sexism and homophobia. You have England, where you have problems."

'More needs to be done'

Clarke also revealed a review of training for match stewards on how to handle discrimination issues, with the FA keen to act after the abuse England players suffered in Podgorica.

"When Raheem Sterling, Danny Rose and Callum Hudson-Odoi speak with such maturity and eloquence, we must listen, we must respond -- and we must not let them down," Clarke said.

"Let me be clear, I'm using this match (Montenegro-England) as an example of something that's happening across all our societies, and across all of Europe.

"None of us can be naive enough to think racism doesn't happen at all of our countries and matches. Clearly more needs to be done.

"We must do more in England, and more across Europe, and we must do this together ... we must put some concrete actions in place."

Clarke believes it is time to re-examine UEFA's three-step process for halting matches as a result of racist abuse.

Current guidelines allow referees to stop, suspend or abandon matches due to racist abuse, but Clarke believes it is time to lower the threshold that allows referees to take that action.

"The protocol asks the referee to stop the match if 'racist behaviour is of a strong magnitude and intensity'," Clarke said.

"I don't now think that is good enough and we should take this opportunity to revisit these thresholds.

"The young men and women who take to the field representing our clubs and countries not only deserve, but should be entitled, to play their football in a safe environment entirely free from racial abuse."