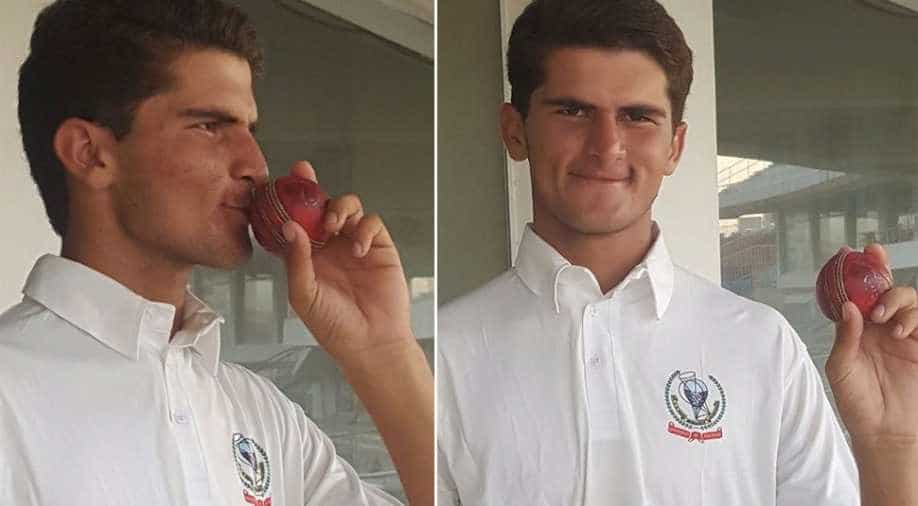 The latest to come out of Pakistan's pace factory is 17-year-old Shaheen Shah Afridi.

Shaheen Afridi was labelled as Pakistan's Mitchell Starc known for his searing yorkers.

In the ongoing U-19 World cup, the emerging Pakistan pacer razed Ireland for 97 runs by taking 6 for 15 in 8.5 overs.

The opponent had to answer to Afridi's swing ball.

Earlier, Shaheen’s dream debut was for Khan Research Laboratory against Rawalpindi, as he grabbed 8 for 39 in 15 overs in the Quaid-e-Azam Trophy, Pakistan’s premier domestic tournament.

His skill of bowling round the stumps and the knowledge of using the angles at crease helped him to get spotted by Mushtaq Ahmed, the head coach at the Academy and the coach of Karachi Kings.

Ahmad asked Afridi to bowl at the National Cricket Academy in Lahore and he was so impressed that recommended Kumar Sangakkara to have a look at his bowling videos.

It eventually led Afridi to be signed for the Dhaka Dynamites in the Bangladesh Premier League without having played a first-class game.

The 6.5 feet tall, strapping fast bowler hails from Fata region in the North Western region of Pakistan, near the Khyber Pass on the Afghanistan border.

He is the brother of Riaz Afridi who played one Test for Pakistan against Sri Lanka in Karachi and has also featured in the "rebel" Indian Cricket League(ICL) before his action was called into question.

While most emerging fast bowlers from Pakistan idolise the great Wasim Akram, Afridi is quick to point out there can be no bigger idol in his life than his brother, Riaz, as it helped him convince his parents of taking cricket his full-time career option.