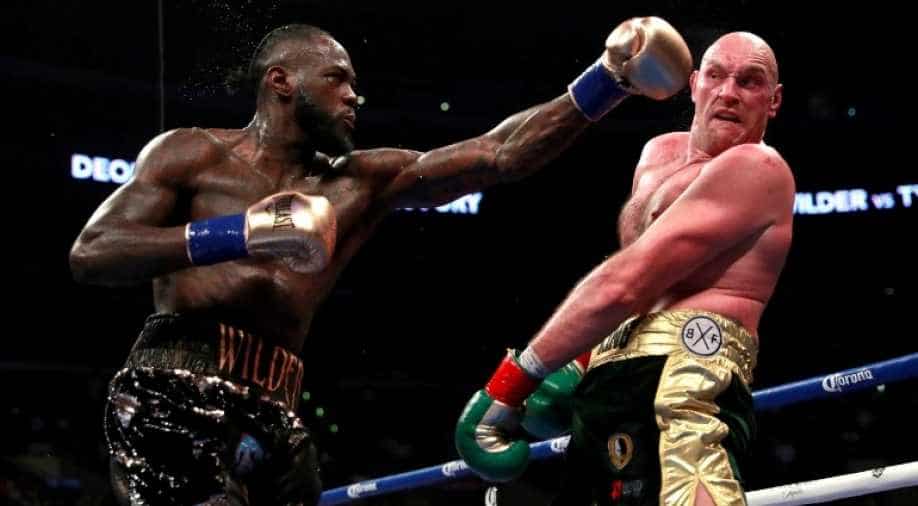 Britain's Fury is set to defend his crown after defeating WBC Champion Wilder after knocking him out in seven rounds.

The third fight between British boxer Tyson Fury and American Deontay Wilder has been postponed due to the on-going global pandemic of the novel coronavirus.

Also read: 'Too heavy for me': Deontay Wilder blames his costume for loss, wants rematch

Britain's Fury is set to defend his crown after defeating WBC Champion Wilder after knocking him out in seven rounds.

The bout was set to take place on July 18 in Las Vegas. Promoter Bob Arum told ESPN that the bout is rescheduled to October now. He said: "It's part of what's happening in the world. So possibly the fight will be in early October."

Arum said that delaying the much-hyped match was the only option after travel restrictions were set by US and UK, whereas, Vegas has shut down all its casinos amid COVID-19 scare.

"You could not guarantee the fighters that the event would take place on that date. We couldn't convince them or ourselves," Arum said.

"Where were they going to train for it? It just made no sense. You just have to take a step back. How are you going to sell tickets?

"It's ridiculous to say the fight is on when the Brits can't even get there."

Nevada State Athletic Commission has suspended all combat sports in the state.

"Everybody has to take a step back. Boxing is not isolated," Arum said.

This will be the third fight for both heavyweight boxers. The first match was fought in 2018, which ended in a controversial draw. Fury then went on to stun everyone after thumping Wilder down in seven rounds in the second match conducted earlier this year.