'Too heavy for me': Deontay Wilder blames his costume for loss, wants rematch 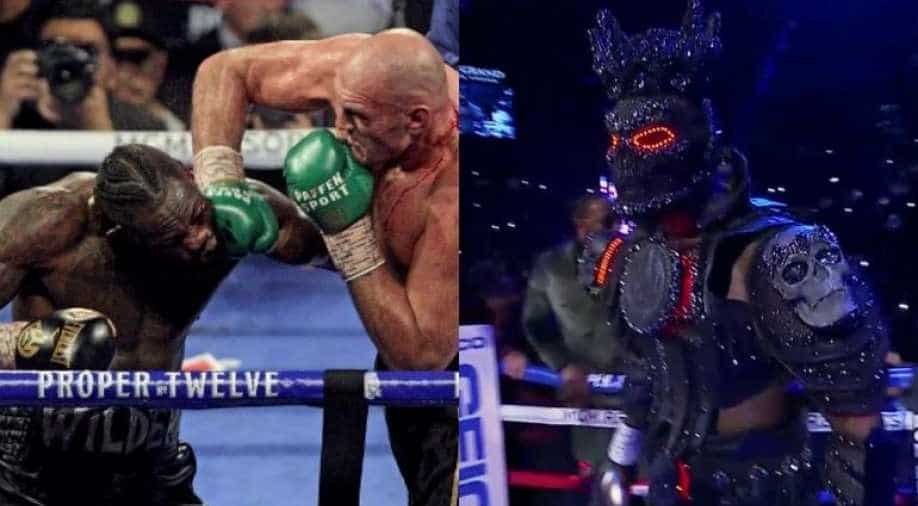 According to Wilder, "Fury didn't hurt me at all, but the simple fact is that my uniform was way too heavy for me,".

Deontay Wilder has blamed his 'heavy' ring-walk costume for his loss versus Tyson Fury. The American boxer said that he "didn't have the legs" for the fight.

The 34-year-old told US media that he will use his rematch clause for a third fight with Fury.

Tyson Fury had a dominating bout with Wilder on Saturday where Deontay threw in the towel in the seventh round.

We’ve got UNFINISHED BUSINESS, and this time you won’t be getting back up after I lay you out. The heavyweight rematch you all have all been waiting for goes down on February 22nd live on Pay-Per-View. #WilderFury2

According to Wilder, "Fury didn't hurt me at all, but the simple fact is that my uniform was way too heavy for me,".

Wilder said that the costume weighed 40 pounds (18.1 kg), it featured a mask, a crown and armour which a tribute to Black History Month.

Wilder said: "I didn't have no legs from the beginning of the fight - in the third round, my legs were just shot all the way through,".

"I was only able to put it on the night before but I didn't think it was going to be that heavy," added Wilder.

After the bout Wilder was taken to the hospital, he rubbished all the speculations regarding the injuries (a concussion, broken eardrum or broken jaw) after the match. He said that he got stitches on the cut in his ear.

Deontay criticised assistant coach Mark Breland for throwing in the towel to stop the match. He said there was no reason to be emotional and he had five rounds left and he was very well in the game.

Wilder has 30 days to invoke the rematch clause in his contract to try and reclaim the title from Fury, having drawn their first encounter in December 2018.