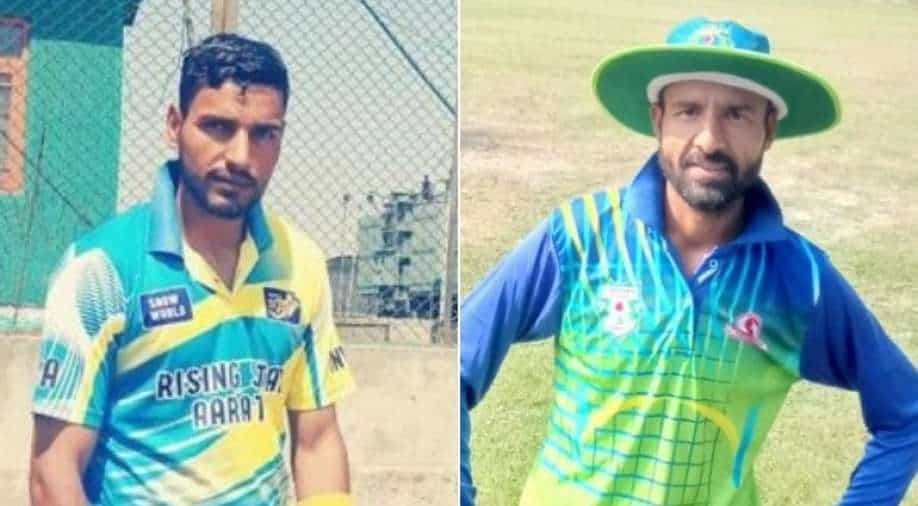 Feroz Ahmad Ganie of Anantnag and Nayeem Ahmad Malla of Budgam have been selected in the Indian cricket team by the Board of Disabled Cricket Association (BDCA) India.

If there is a will, there is a way. The age-old saying has been proven right by two cricketers of Kashmir Valley. Feroz Ahmad Ganie of Anantnag and Nayeem Ahmad Malla of Budgam have been selected in the Indian cricket team by the Board of Disabled Cricket Association (BDCA) India.

Feroz Ahmad Ganie met with an accident in 2014. He was hit by a car which led to multiple fractures in his leg. The irony is Feroz was carrying his cricket equipment on his shoulders and was on his way to play a cricket match when the accident took place.

"I have been playing cricket since childhood. It's my first love. I met with an accident in 2014, I was on my way to play a match and a vehicle hit me. I was left with multiple fractures and I have a rod and pins put inside my leg for me to walk. The accident did not kill my love for cricket, After being in bed for two years I started again. I was helped by my family and friends," Said Feroz Ahmad Ganie, Cricketer.

Feroz has played 7 Nationals so far. He has been the captain for all the tournaments representing Jammu and Kashmir. Both the players were called to Hyderabad for a trial where they were selected to be a part of the Indian Cricket Team of specially-abled.

"We are happy that the Governor tweeted about us. We are thankful but we would like the administration to give us more support. There is hardly anything specially-abled in Kashmir valley. Whatever we have done, has been done on our own. I wish the government pushes for initiatives where specially-abled get to play all sports. It's very important for us to be involved into these activities to keep ourselves fit," said Feroz Ahmad Ganie, Cricketer.

Feroz has personally trained more than 30 boys from various districts and hopes to help as many as possible in the near future.

In Budgam district of Central Kashmir, lives Nayeem Ahmad Malla, another cricketer selected for the Indian team. Nayeem says it's no less than a dream come true for him.

"I have been playing since childhood. I have played four Nationals so far. It was due to these nationals that we got called for this selection trial. This selection is a dream getting fulfilled. I met an accident in 2006 and another one in 2008 which injured my shoulder and right hand, but that did not change or affect my love for cricket, I kept going on and today I am selected for the Indian Team'', said Nayeem Ahmad Malla, Cricketer.

Nayeem has also been an inspiration for hundreds of specially-abled people. He has trained more than 17 boys in the sport.

Earlier, Lieutenant Governor Manoj Sinha had said ”Proud moment for J&K! Feroz Ahmad Ganie of Anantnag & Nayeem Ahmad Malla of Budgam have been selected in the Indian Cricket Team by Board of Disabled Cricket Association, India. Your achievement in the upcoming ODI series against Bangladesh will inspire J&K’s youth, make India proud,”