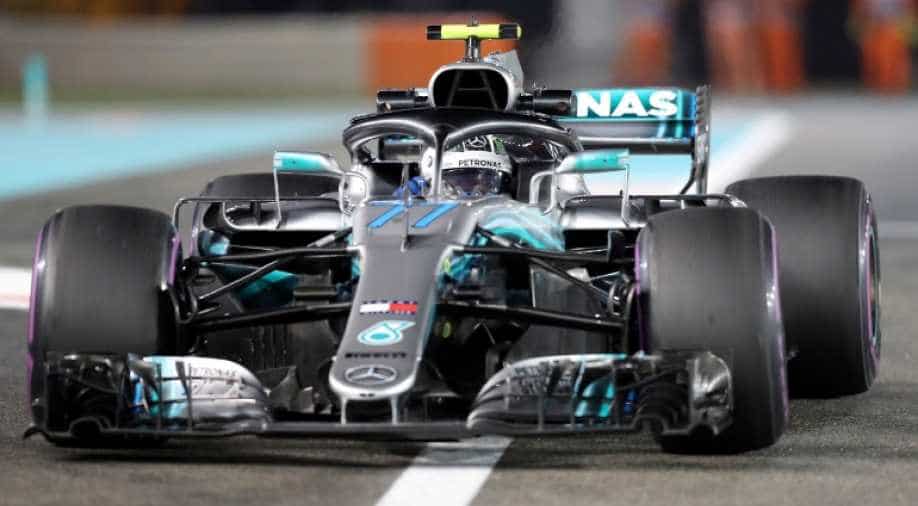 Hamilton's title rival Max Verstappen, two points behind the Briton with seven races remaining, qualified third for Red Bull and will join Bottas on the front row at Istanbul Park on Sunday

Hamilton's title rival Max Verstappen, two points behind the Briton with seven races remaining, qualified third for Red Bull and will join Bottas on the front row at Istanbul Park on Sunday.

The pole was a first since Portugal in May for Bottas, and the 18th of his career, but Hamilton was fastest in every phase of qualifying after taking the hit for a new engine that exceeded his season's allocation.

Verstappen took a grid penalty at the previous race in Russia and finished second after starting at the back of the field, his progress helped after late rain caused problems for others.

Mercedes will be looking to Bottas, who is leaving the team for Alfa Romeo at the end of the season, to keep Verstappen behind him while Hamilton sets about fighting through from 11th.

Verstappen struggled with the setup in Friday practice, with the track far grippier than last year's slippery surface, but said the team had made "a decent recovery.

Ferrari's Charles Leclerc will share the second row with AlphaTauri's Pierre Gasly, who will be expected by Red Bull to make life difficult for Hamilton as a driver for their sister team.

Double world champion Fernando Alonso, for Alpine, and Verstappen's Mexican team mate Sergio Perez line up together on row three and will also be hard to get past.

McLaren's Lando Norris, on pole in Russia and leading until the final laps, was eighth fastest and starts seventh with Lance Stroll alongside for Aston Martin.

Hamilton will also have to get past AlphaTauri's Yuki Tsunoda and four times world champion Sebastian Vettel's Aston Martin.

Further back, Mick Schumacher got his Haas into the second phase with an impressive lap and lines up 14th for the only team yet to score a point this season.

McLaren's Australian Daniel Ricciardo, winner of the Italian Grand Prix at Monza, qualified 16th with Ferrari's Carlos Sainz keeping him out of the second phase right at the end.

Sainz, who starts at the back of the grid due to an engine change, also gave team mate Leclerc a useful aerodynamic tow to help the Monegasque into the final phase.