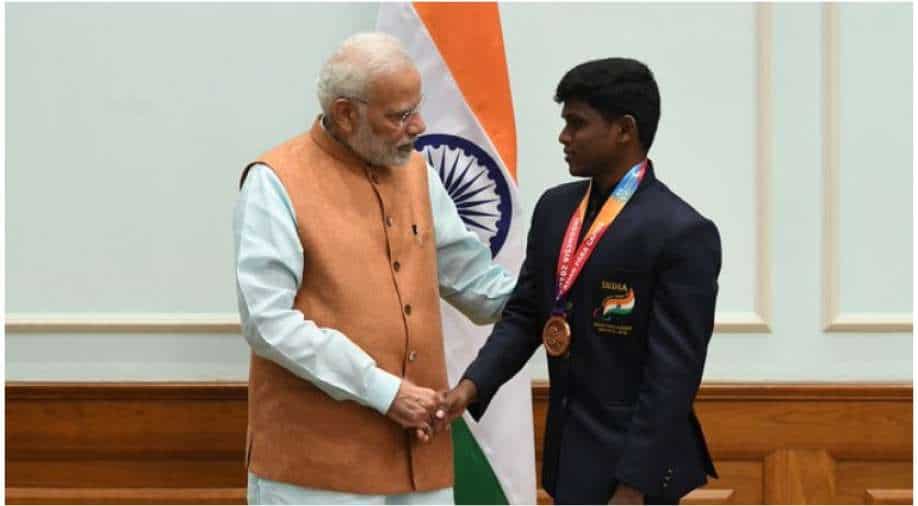 Tokyo Paralympics: Mariyappan Thangavelu blamed the weather for missing out on gold and settling for the second spot in the high-jump final.

India's medal-tally continued to rise up on Tuesday (August 31) in the Tokyo Paralympics as Mariyappan Thangavelu won the silver medal in the men's high jump T42/T63 class. Mariyappan successfully cleared 1.86m to clinch the second spot. On the other hand, Sharad Kumar won the bronze medal in the T42 class after clearing 1.83m.

While Mariyappan couldn't better his Rio gold and had to settle for the second spot, with a silver medal, the athlete rued his chances and blamed the rain playing spoilsport to him missing out on gold.

Mariyappan said after the event, "I could have won gold and claimed the world record (1.96m). I came here with that aim. But the rain played spoilsport. It was a drizzle initially but after the 1.80m mark, it became heavy. The sock on my other leg (the impaired right leg) got wet and it was difficult to jump. For the unversed, the athlete had suffered permanent disability in his right leg after it was crushed under a bus at the age of five.

“I could not execute my plan here. I could have cleared 1.90m had it not been the weather conditions. I will try for gold and world record in Paris 2024,” he further added.

“Weather was the reason why he failed in clearing 1.88m. It is three years from now (for 2024 Paris Olympics). He will win gold there,” said Satyanarayana, who is also national Para Athletics chairman and national coach.

Despite Mariyappan not being satisfied with his own performance, PM Narendra Modi was all praise for the champion athlete and tweeted following his win, "Soaring higher and higher! Mariyappan Thangavelu is synonymous with consistence and excellence. Congratulations to him for winning the Silver Medal. India is proud of his feat."

So far, the Indian team has already crossed the national side's overall medal-tally in Tokyo 2020.