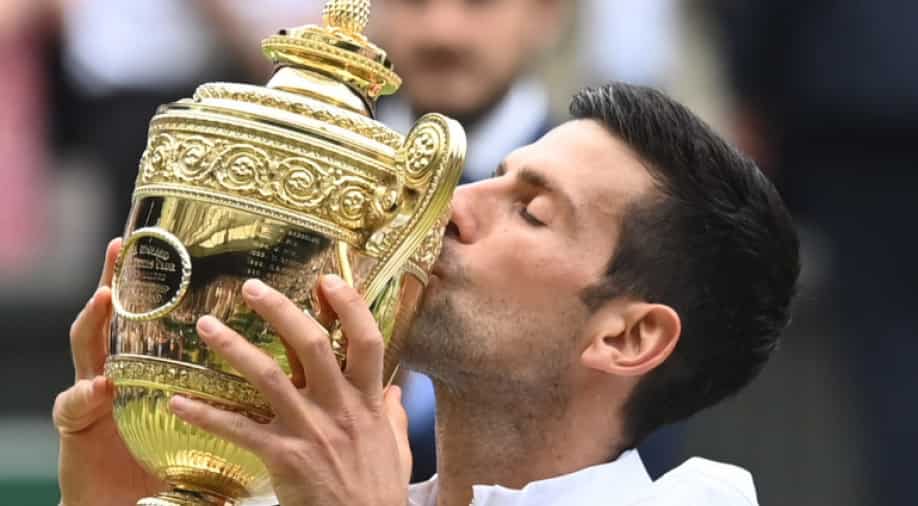 Novak Djokovic won his 6th title at Wimbledon and a record-equalling 20th Grand Slam title. He is the top pick to win the men's singles rivalry in Tokyo.

World No. 1 Novak Djokovic arrived at the Tokyo Olympics confident of his successes this season.

The Serbian ace underlined that it will not be easy, but sounded certain of his shots at winning the gold medal.

Djokovic, who won his 6th title at Wimbledon and a record-equalling 20th Grand Slam title, in general, is the top pick to win the men's singles in Tokyo.

Addressing reporters, Djokovic said it is an "honour" for him to represent his country at the Olympics. He accepted that the numerous successes added to his repertoire this year should place him in an advantageous position in the Japanese capital.

“The schedule is really rough, but I feel that my preparations were good. Also, I won a lot of matches recently, which always gives you extra confidence and energy boost. Playing for my country, it is the highest honour and privilege for me," he said.

ALSO READ: Amid coronavirus crisis, Tokyo 2020 chief does not rule out cancellation of Olympics

Djokovic has won the ATP Cup and the Davis Cup in earlier years and has now focused on getting a gold medal for Serbia at the Olympics.

"I am an individual athlete, rarely we have the occasion to be a team. I am grateful because we were able to win the ATP Cup and Davis Cup, and I am missing Olympic gold now. I have the highest ambitions in Tokyo, it is not a secret that I am aiming for the gold medal,” he added.

Djokovic highlighted that he never made it to the men's singles final in three editions of the Olympic Games.

He noted that the Olympics is a long competition where 'anything' can happen.

“Although some players from the top are not coming, there are also a lot of elite players fighting for medals: Medvedev, Tsitsipas, and Zverev are among the favorites. They are the best, but it is a long tournament, and anything can happen," he said.

Djokovic said that although the Olympics is unique in relation to different competitions, he would approach the opposition as he would some other competition.

“Furthermore, Olympics are specific in terms of pressure, expectations and emotions  everything is different compared to other tournaments and I know that very well, I felt it on my own skin in the past. Therefore, I will try to approach the Olympics in the same way that I approach other tournaments, so that I can stay focused on my goal,” he concluded.