Tokyo Olympics: ‘It is a bronze medal, but it feels like gold,' says Pablo Carreno Busta 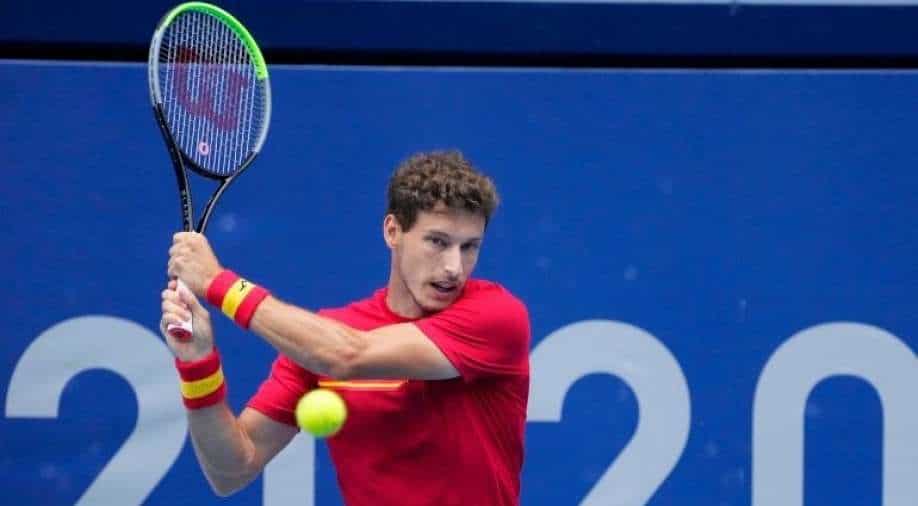 Pablo Carreno Busta communicated amusement at his presentation in the bronze medal match, considering it the greatest accomplishment of his life.

Throughout the match, Pablo Carreno Busta possessed a strong forehand against Novak Djokovic, who looked depleted from his elimination round loss to Alexander Zverev.

He even held a match point on Novak Djokovic's serve during the second-set sudden tiebreaker, yet World no.1 showed a lot of flexibility to save it before in the long run winning the tiebreaker 8-6. He also went on to win the deciding set.

Addressing the Spanish press later, Pablo Carreno Busta communicated amusement at his presentation in the bronze medal match, considering it the greatest accomplishment of his life. He likewise expressed gratitude towards his fans for propelling him to come back from his elimination round loss to Karen Khachanov.

"I think this my biggest achievement. It's incredible," he said.

"After yesterday's loss I felt people's love and support and I had to give my all. I've been able to overcome losing the second set thanks to all the support. It's just bronze but I gave my all," he added.

Carreno Busta pondered the mid-match stagger, asserting that he thought he was done after Novak Djokovic took the subsequent set. He added that it was incredible that he could stick it out in the circumstance and get back an Olympic medal.

“It’s a bronze medal, but for me it’s like a gold. I haven’t won the tournament, but it’s the best title of my career,” he added.

"I came here for a medal, it's been tough but I've got it! For my girlfriend, my mother, Gijón, Spain," he concluded.