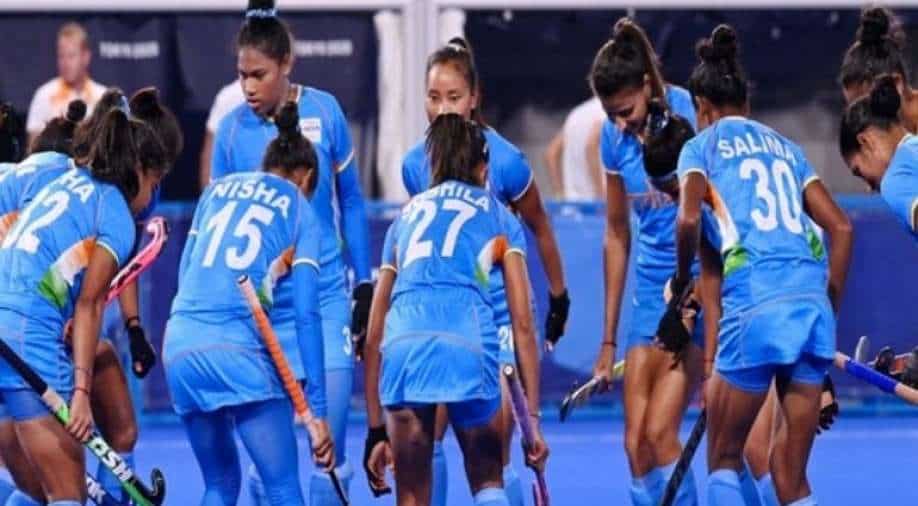 Earlier in the day, the India women's hockey team defeated South Africa 4-3 in their final Pool A game.

Indian women's hockey team has qualified for the quarter-finals at the ongoing Tokyo Olympics after Great Britain defeated Ireland 2-0 in the last game of Pool A. As a result, the Indian women's team finished at the fourth spot in Pool A and hence progressed to the next round.

Earlier in the day, the India women's hockey team defeated South Africa 4-3 in their final Pool A game at the Oi Hockey Stadium South Pitch. Vandana Katariya (4th, 17th, 49th minutes) scored a hat-trick while young Neha Goyal (32nd) was the other goal-getter for India.

Q4: 🇮🇪 0-2 🇬🇧@GBHockey take 3 points from this match and will play Spain in the 1/4 finals. But at the same time, today's result brings the @Tokyo2020 campaign of @irishhockey to an end.

India restored its lead in the third quarter as Neha scored the goal. Frustrating the Indians, South Africa managed to get the equaliser once more as Glasby scored her second goal of the match. At the end of the third quarter, the scoreline read 3-3.

Katariya was once again the MVP as she registered her third goal of the match in the fourth quarter, giving India a 4-3 lead with 11 minutes still left to play. In the end, India managed to hang on and the side registered a 4-3 win with Katariya stealing the show with her hattrick.