Tokyo Olympics, Badminton, Live Streaming: When and where to watch PV Sindhu vs He Bingjiao match 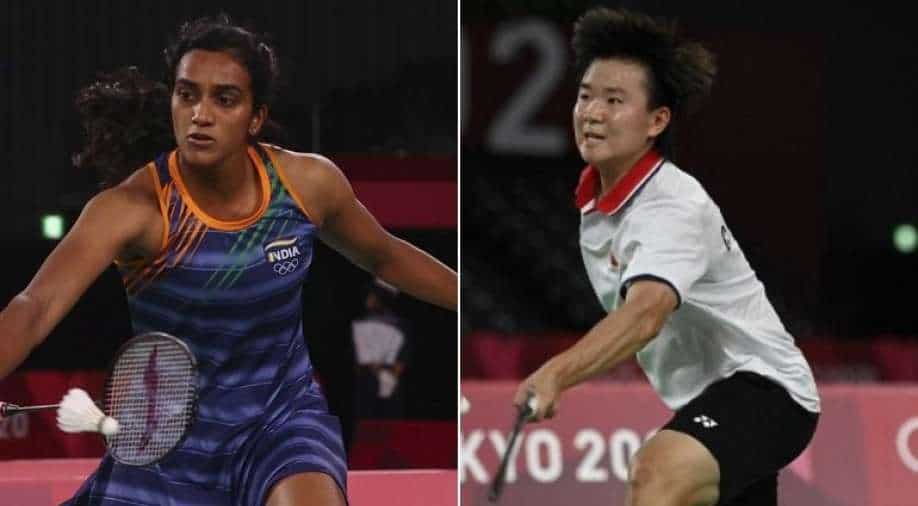 PV Sindhu has a chance to become the first Indian female to win two Olympic medals.

Indian shuttler PV Sindhu is all set to face China's He Bingjiao in the bronze medal play-off in badminton women's singles event at Tokyo Olympics 2020 on August 1 (Sunday) after her hopes of winning a gold medal were dashed as she lost in semis to Chinese Taipei’s Tai Tzu-Ying 18-21, 12-21 in straight games.

Sindhu will try to find enough motivation and energy to get over the semi-final disappointment as the reigning world champion PV Sindhu has a chance to become the first Indian female to win two Olympic medals.

Here's what Sindhu said after semi-final loss:
After the semi-final loss, Sindhu said, "It was a good match. I fought until the end. In the second game I gave away a huge lead but still I was fighting back because you never know, it can change at any moment. It‘s the Olympics, you have to fight until the last point and I have done that. I'm a bit sad because it’s the semifinals. I’ve tried my best, but it was just not my day."

Head-to-head record: PV Sindhu vs He Bingjiao
It will be the 16th time in her career and she doesn’t have a great record against the Chinese shuttler. She trails 6-9 on head-to-head record. In the last 5 matches, Sindhu has won only once against her Chinese opponent.

How to watch PV Sindhu vs He Bingjiao online in India?
Live streaming of badminton women's singles bronze medal match of the Tokyo Olympics 2020 will be available on Sony Liv.