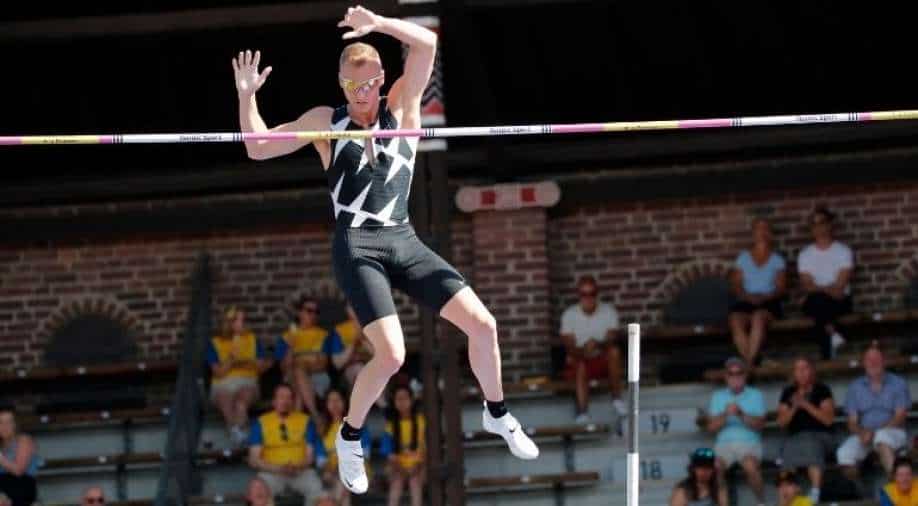 "In alignment with local rules and protocols, he has been transferred to a hotel to be placed in isolation and is being supported by the USATF and USOPC staff," the U.S. Olympic and Paralympic Committee said in a statement.

American pole vaulter and reigning world champion Sam Kendricks is out of the Tokyo Olympics 2020 after testing positive for COVID-19, the officials confirmed on Thursday.

ALSO READ: Tokyo Olympics: 'Important to focus on every point, and not match': PV Sindhu after storming into quarter-finals

Kendricks, who was favourite to win a medal in the event, has become the latest high-profile athlete to exit the Games after testing positive for COVID-19.

"In alignment with local rules and protocols, he has been transferred to a hotel to be placed in isolation and is being supported by the USATF and USOPC staff," the U.S. Olympic and Paralympic Committee said in a statement.

"Sam is an incredible and accomplished member of Team USA and his presence will be missed. Out of respect for his privacy, we cannot provide more information at this time."

According to Kendrick's father and longtime coach, Scott Kendricks' deleted Instagram post, the pole-vaulter is fine with no symptoms.

After Sam's COVID-19 test, a 63-member strong Australian Athletics Team has been isolated. However, it remains unclear if any other American athlete was isolated.

Tokyo Olympics village has been hit with COVID-19. The organisers, on Wednesday, revealed that 16 new COVID-19 cases have emerged that were associated with the event. They confirmed that one of them was an athlete.