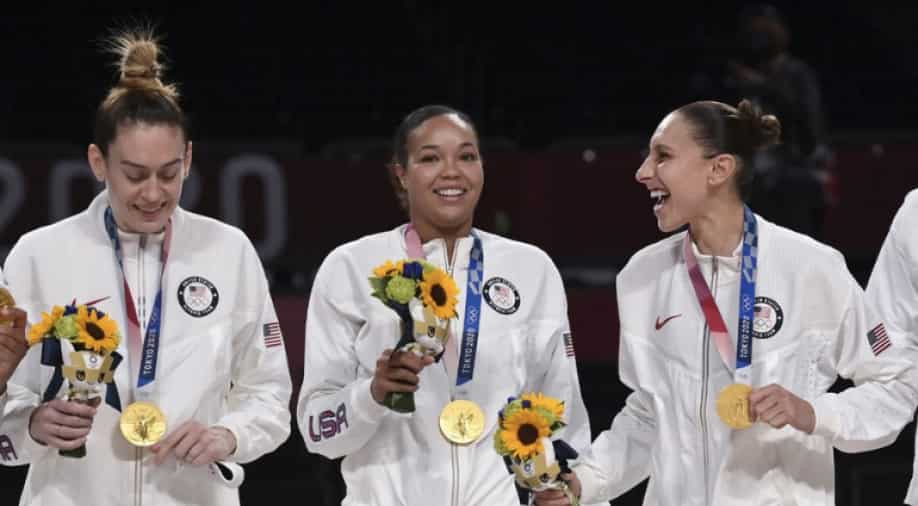 After Kipchoge's marathon win for Kenya, the United States scored victories in volleyball, track cycling, and basketball to top the tally with 39 gold medals, just one ahead of China.

Eliud Kipchoge produced a marathon masterclass and the USA edged China at the top of the Tokyo Olympics medals table as the curtain fell on the biggest sports event since the pandemic on Sunday.

After Kipchoge's marathon win for Kenya, the United States scored victories in volleyball, track cycling, and basketball to top the tally with 39 gold medals, just one ahead of China.

The 339th and final gold medal went to Serbia's men's water polo team, capping a Games that were in serious danger of cancellation after they became the first postponed Olympics last year.

Thirty-three sports have been contested across 16 days in largely empty stadiums, with fans barred over coronavirus risks and athletes living in strict biosecure conditions.

"Some were already speaking of 'Ghost Games'," Olympics chief Thomas Bach told an International Olympic Committee session ahead of the closing ceremony on Sunday.

"What we have seen here is that on the contrary, the athletes have brought soul to the Olympic Games."

The Olympics were plagued by low Japanese support over fears they would become a super-spreader event but officials maintained that a record haul of 27 gold medals, putting Japan third on the table, has won hearts.

ALSO READ: Olympics 2020: Tokyo Games in the shadow of the pandemic

Britain finished fourth with 22 golds and the Russian Olympic Committee, the team for Russian athletes after Russia were banned for systematic doping, were fifth with 20.