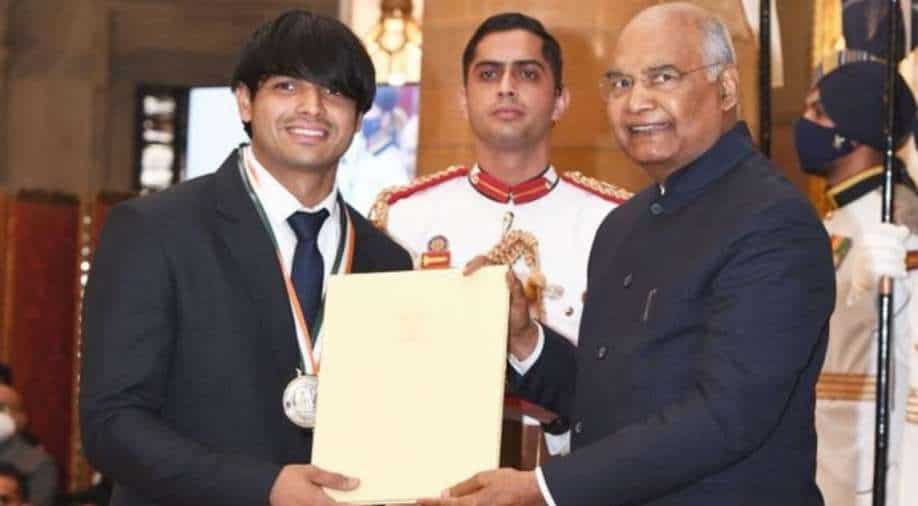 2021 has surely been the year of Neeraj Chopra. Now, the javelin thrower has emerged as the most-searched personality by his countrymen on Google in the calendar year.

Not many knew or had heard about Neeraj Chopra before his Tokyo 2020 heroics. The star javelin thrower Neeraj created history by winning a historic gold medal at Tokyo Olympics 2020, which was also India's first-ever Olympic medal in athletics. Since then, there has been no looking back for the 23-year-old and he has become a household name following his resounding success.

Such has been his success story that Neeraj has now emerged as the most-searched personality in Google's year-end list for India in 2021. For the unversed, the javelin thrower had won gold in men's final in Tokyo 2020 courtesy a second-round throw of 87.58m. Thus, he also ended India's 100-year wait for a track and field medal in the Olympics.

Talking about the Google's list -- which is predominantly filled with Bollywood celebrities -- PV Sindhu, Bajrang Punia and Sushil Kumar were the other three sports personalities to have made it into the top-10. While Sindhu also returned with a bronze medal in Tokyo 2020, wrestler Bajrang also settled for the same in the 65kg category. On the other hand, the two-time Olympic medallist Sushil's search increased primarily for being the main accused behind the death of a young wrestler Sagar Dhandkar early this year.

ALSO READ | THROWBACK: When Neeraj Chopra danced like there was no tomorrow before Tokyo 2020 blitz - Watch

Neeraj, on the other hand, has now returned back to training. The youngster has started his off-season training in the USA and recently tweeted saying, "It's time to put the past to rest and focus on the future. Have arrived for my off-season training and look forward to restarting the process of getting better." He added, "Immensely grateful to DG sir, @Media_SAI, the TOPS and @afiindia teams and everyone involved in making this happen."

After a memorable 2021, the javelin thrower will now like to continue in the same manner. However, the journey won't be easy for him, despite making a huge name, due to the pressure of expectations. Thus, it will be interesting to see how the journey unfolds for the talented star from hereon.