THROWBACK: When Neeraj Chopra danced like there was no tomorrow before Tokyo 2020 blitz - Watch 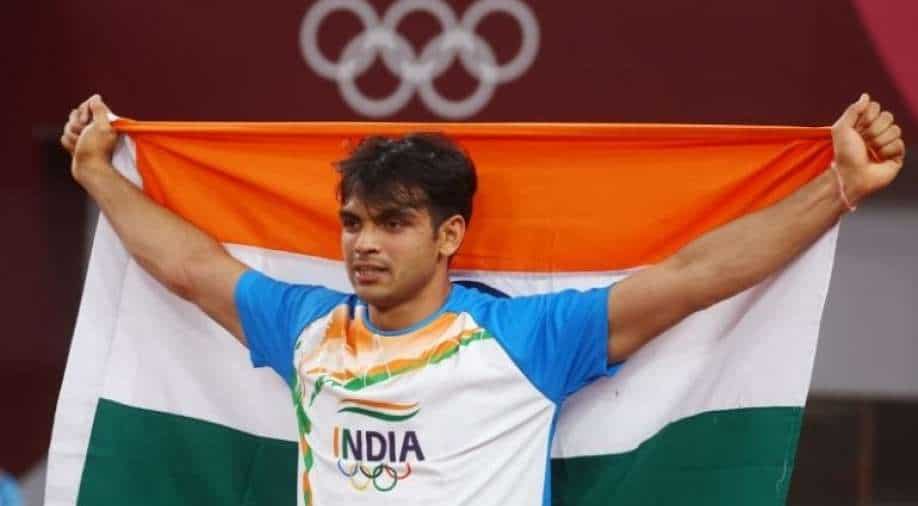 Before the Tokyo 2020 heroics, India's javelin thrower Neeraj Chopra danced like crazy in a throwback video. Check out the video and Neeraj's moves:

Neeraj Chopra made the headlines this year when he became the first-ever Indian to win an Olympic medal for the country in athletics during the Tokyo 2020. The 23-year-old javelin thrower returned with the elusive gold in his first-ever appearance in an Olympic events during Tokyo Games. Since then, he has become a household name in the country.

From time to time, fans try their best to catch a glimpse of Neeraj. The javelin thrower has won hearts not only for his heroics in his field of sport, but he has also found a place in everyone's hearts with his generous and simple nature. While he remains a bit shy, there's a throwback video of the javelin thrower where he went all-out while dancing in his hometown. Check out the video:

For the unversed, Neeraj's throw of 87.58m was enough to win him gold in the men's javelin throw final in Tokyo 2020. However, the youngster isn't content and wants to better his own record. "In javelin, the distances always vary from event to event. Yes the expectations have gone up (for breaching the 90m mark), and I believe the day hopefully isn't too far. Again it all depends on how the body responds on the day of the competition, as I believe in giving my 100 percent in every tournament," he said while responding to a question from TOI recently.

He added, "I have already thrown 88.07m, so it is a matter of a couple of metres, but the entire process depends on your overall fitness and the conditions where you are throwing. In the last couple of years, I was in great rhythm but somehow fell short of the mark. Hope to get to it soon."