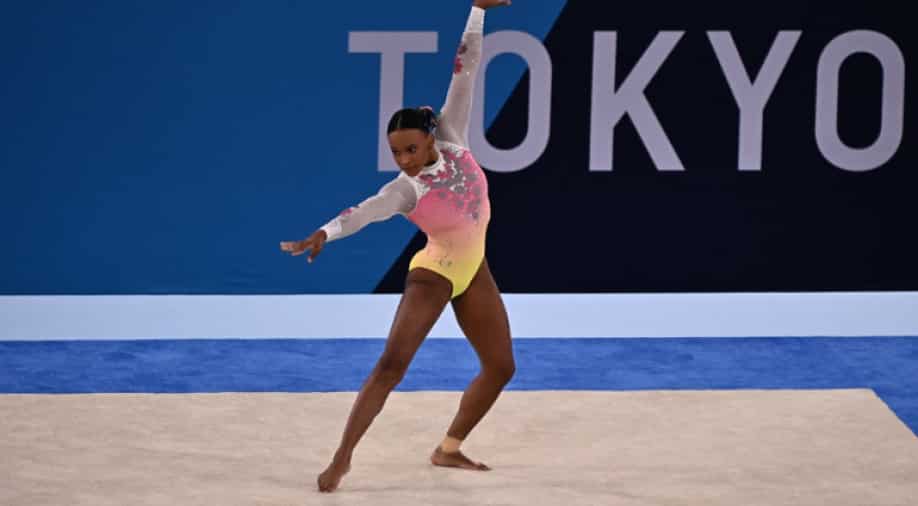 Olympic gymnast Rebeca Andrade's long and at times bleak climb from the favelas of Sao Paulo to the Tokyo podium, after her gold in the women's vault and all-around silver, ranks alongside the best of them.

The history of the Olympic Games is awash with inspirational tales of athletes overcoming adversity to shine on the biggest stage of all.

Olympic gymnast Rebeca Andrade's long and at times bleak climb from the favelas of Sao Paulo to the Tokyo podium, after her gold in the women's vault and all-around silver, ranks alongside the best of them.

Young, black, Brazilian, and brilliant Andrade has travelled far from the days when, as a young girl, she would set out on a two-hour walk from her humble home in Guarulhos on the outskirts of Sao Paulo to train at a gym funded by a social project.

One of eight children, her mother's modest earnings as a maid meant money was tight and food on the table was the priority, not feeding a budding gymnast's ambition to become a star.

But even aged four her talent shone through. From the first day, she had earned the nickname "Daianinha de Guarulhos" after Daiane dos Santos, Brazil's world champion gymnast.

"Rebeca arrived with her aunt at the gym, all shy. When I asked her to perform a move, I soon saw an incredible talent, which needed polishing," her first teacher Monica Barroso dos Anjos recalled recently.

Aged nine she went to train for a year in Curitiba, and then joined the Flamengo club in Rio de Janeiro as her dream of emulating her guiding light dos Santos took shape.

With her first success, she bought a new apartment for her family.

Her resilience at overcoming the toughest obstacles was to be tested in the most grueling way not once, not twice, but three times in the next few years.

Yet not even right knee anterior cruciate ligament surgery in 2015, 2017, and 2019 was enough to extinguish the Olympic flame burning inside her.

So when silver was dangling around her neck after last week's all-around, and then vault gold on Sunday, it was little wonder she spoke with immense feeling and pride about becoming the first Brazilian woman gymnast to win an Olympic medal.

"It's really good because there are many people like me in Brazil.

"We need help, we need to have people who believe in us. We need people who can see our talents and help us grow in life, so I think it's really fantastic.

She said she always considered her story as "a process of improvement because I went through very difficult things".

"I did not get here alone, I had many people helping me and a lot of spiritual help from God."

Far from turning her back on her modest beginnings, Andrade has embraced them in Tokyo.

Her floor exercise routine, she's in the final later Monday, is set to "Baile de favela the Brazilian funk music of MC Joao.

"I'm black and I'm going to represent black, white, brown, all colors, green, yellow. Sport has to represent everyone. People look up to you, they want to be you, similar to you," she said.

"So you do your best for yourself and for others. And I believe I've done that today by bringing my music here."