Tokyo 2020: 'It was excitement and emotional', Bhavani Devi articulates her run at the Olympics 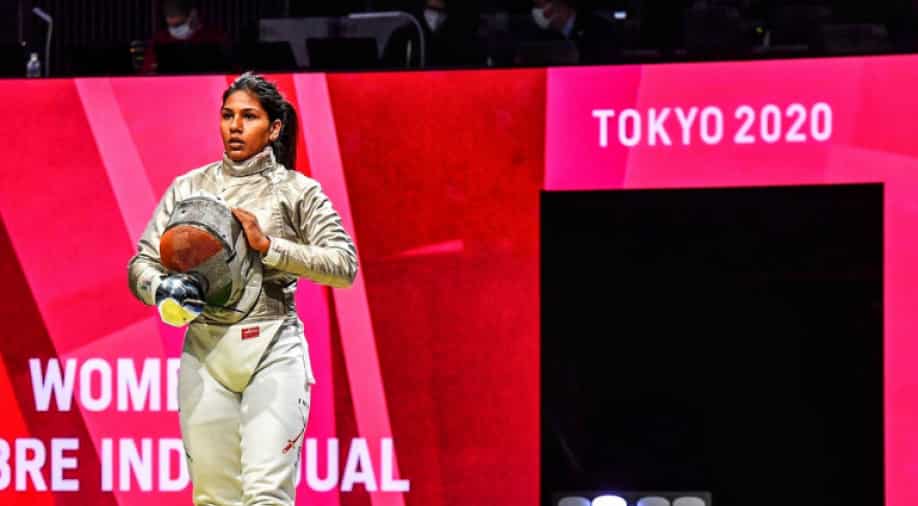 Bhavani Devi tweeted an emotional post for avid supporters after she was knocked out following a battle in her second match.

India got going Day 3 at the 2021 Olympics in style. Saber fencer Bhavani Devi scripted history by turning into the first Indian to win a bout in Fencing at the Olympics.

A 9-time national champion entered the Round of 32 fixtures. Her strength against her Tunisian rival was incredible to watch.

But, she could not go past the round of 32. She was beaten by the World No. 3 Manon Brunet. She set up a bold presentation and dazzled numerous with her forceful gameplay.

She easily won her initially round game 15-3 however staggered in the following.

And also the first-ever Indian Fencer to make it to the Top 16 at the International Fencing Federation World title.

Big Day 🤺
It was Excitement & Emotional.
I won the First Match 15/3 against Nadia Azizi and become the First INDIAN Fencing Player to win a Match at Olympic but 2nd Match I lost 7/15 against world top 3 player Manon Brunet. I did my level best but couldn't win.
I am sorry 🙏 🇮🇳 pic.twitter.com/TNTtw7oLgO

She introduced the sport to many Indians today and fought hard, but was unfortunately knocked out.

Bhavani Devi tweeted an emotional post for avid supporters after she was knocked out following a battle in her second match. She wrote, “Big day. It was upbeat and emotional. I won the first match 15/3 against Nadia Ajizi and became the first Indian fencing player to win a match at the Olympics, but I lost the second match 7/15 against Manon Brunet, the world’s top 3 player. I did my best but could not win. I apologise.”