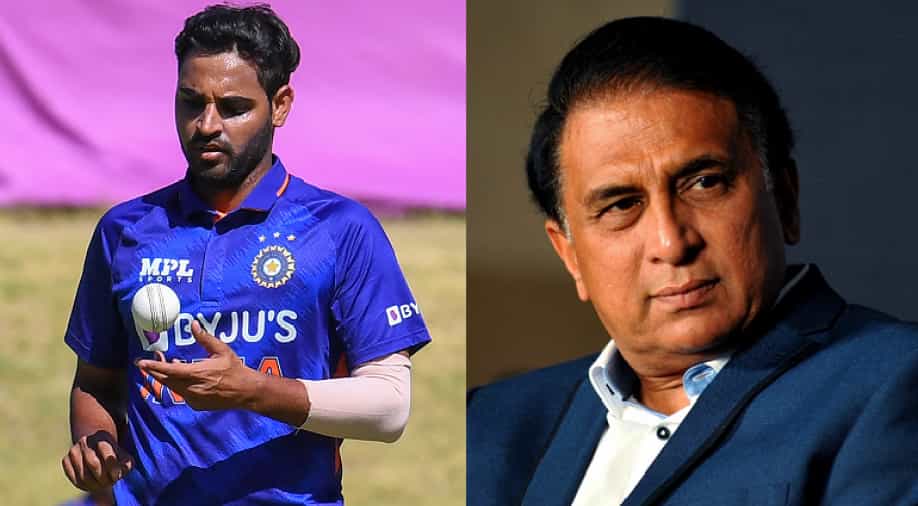 Should Bhuvneshwar Kumar be dropped from the Indian team? Photograph:( AFP )

Former India captain Sunil Gavaskar has named an ideal replacement for Bhuvaneshwar Kumar, who has struggled with his form lately.

Bhuvneshwar Kumar has struggled to find his form for India for quite a while now as his rough patch continues in international cricket. In the ongoing ODI series between India and South Africa, Bhuvneshwar has remained wicket-less in the first two matches and has been taken for plenty of runs by the South African batters.

The senior pacer's form is concerning for the Indian team as he has been failing to pick wickets at regular intervals in white-ball cricket and is no more the death-over specialist that he used to be during his peak years for India. Bhuvneshwar has so far bowled 18 overs in the first two matches against South Africa and has conceded 131 runs without taking a wicket.

After losing the series-opener of the three-match ODI series by 31 runs, India lost the must-win second ODI against South Africa by 7 wickets on Saturday to go 2-0 down and concede the series. Speaking about India's disappointing show in the series so far, the legendary Sunil Gavaskar said India need to tweak their bowling attack in white-ball cricket going forward.

Gavaskar has urged the Indian team to look beyond Bhuvneshwar despite his experience and wants the management to back someone like Deepak Chahar, who can take the senior pacer's spot in the squad. Gavaskar lamented Bhuvneshwar's poor form in the last couple of years and suggested it's time to replace him with Chahar.

"Bhuvi has been a tremendous servant of Indian cricket but in the last year or so, even in franchise level T20 cricket, he has been expensive. Not so much at the start of the innings but towards the end. He used to bowl those brilliant yorkers and slower deliveries, but those are not working anymore," Gavaskar told Sports Today.

"That can happen, the opposition is studying you all the time and they will know how to be prepared for it. So maybe it is time to look at somebody else.

"I think it's time to look at Deepak Chahar now. He is younger, pretty much the same kind of bowler and bats handily down the order," he added.

Also Read: Harbhajan Singh issues warning to Virat Kohli: 'When you are captain you don't worry about selection'

India are expected to make some changes in the playing XI and give game time to the likes of Chahar, Ruturaj Gaikwad and others in the third and final ODI of the ongoing series against South Africa on Sunday (January 23). It remains to be seen if India will stick with Bhuvneshwar or replace him with someone like Chahar in the playing XI.